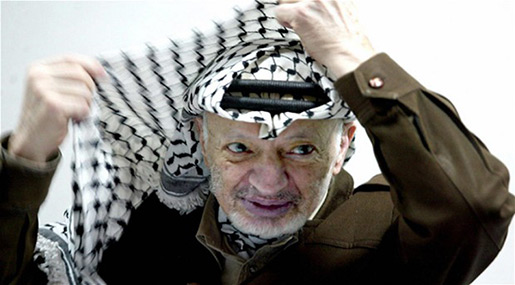 The reporter, "Israeli" investigative journalist Ronen Bergman, wrote that he "found that since World War II, ‘Israel' has used assassination and targeted-killing more than any other country in the West, in many cases endangering the lives of civilians."

In his book, "Rise and Kill First: The Secret History of ‘Israel's' Targeted Assassinations," Bergman writes that "Israelis" planned to execute Arafat in 1982 but the plan was aborted after "Israeli" security services realized the Palestinian leader was not aboard the targeted plane, but rather it was Yasir's look-alike younger brother, Fathi Arafat.

"With him," the report says, "were 30 wounded Palestinian children, survivors of the massacre that the Lebanese Maronite Christian Phalange militia had perpetrated in the Sabra and Shatila refugee camps in Beirut a month before. Fathi Arafat was escorting them to Cairo for medical treatment."

In 1982, in his capacity as Minister of War, Sharon orchestrated the "Israeli" invasion of Lebanon in response to the shelling of northern part of the "Israeli" entity by the Palestine Liberation Organization. Though the invasion was credited with bringing an end to the PLO's use of Lebanon as a launch pad for operations against the entity, it also resulted in the event that would make Sharon a particularly despised figure in the Arab world: the Sabra and Shatila massacres, in which Lebanese Christian militiamen killed hundreds of Palestinians in two Beirut refugee camps overseen by the "Israeli" entity.

After an "Israeli" legal investigation found Sharon indirectly responsible for the massacres, he was forced to resign from office in 1983.

Arafat died in Percy military hospital near Paris aged 75 on November 11, 2004 after developing stomach pains while at his headquarters in the besieged West Bank city of Ramallah. The official cause of his death remains a mystery and has given rise to a host of conspiracy theories blaming the "Israeli" entity.