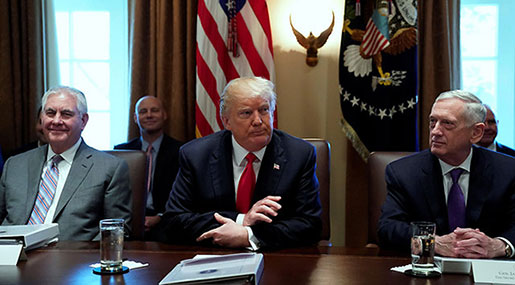 US President Donald Trump wants to pair his decision to renew the concessions to Tehran with new, targeted sanctions on Iranian businesses and people, according to six people briefed on the matter. 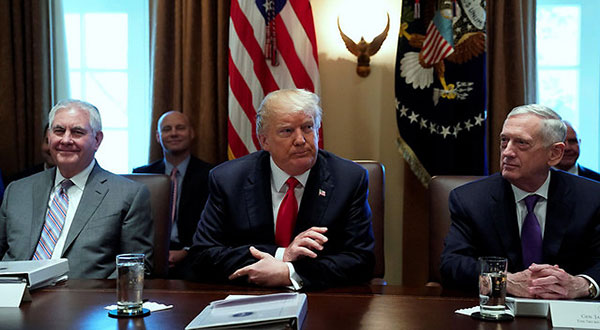 He is expected this week to extend relief from economic sanctions to Iran as part of the nuclear deal, citing progress in amending US legislation that governs Washington's participation in the landmark accord, according to US officials and others familiar with the administration's deliberations.

The restrictions could hit some firms and individuals whose sanctions were scrapped under the 2015 nuclear agreement, a decision that could test Tehran's willingness to abide by its side of the bargain.

The individuals-two administration officials, two congressional aides and two outside experts who consult with the government-weren't authorized to speak publicly on the matter and demanded anonymity.

They cautioned that Trump could still reject the recommendation from Secretary of State Rex Tillerson, War Secretary James Mattis and national security adviser H.R. McMaster and that no final decision had been made.

They said heated discussions were going on within the administration and with key Republican lawmakers.

The State Department and White House didn't immediately respond to requests for comment.

Meanwhile, Trump must decide by Friday to extend the nuclear-related sanctions relief for Iran's central bank or re-impose the restrictions that former President Barack Obama suspended two years ago.