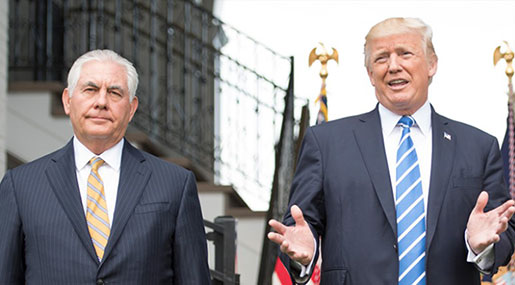 US Secretary of State Rex Tillerson has never questioned President Donald Trump's "mental fitness" and intends to remain at his post for the entire year, he told the CNN in an exclusive interview.


Tillerson was responding to a question about Michael Wolff's explosive book, "Fire and Fury," a detailed look at the first year of the Trump presidency that is raising new questions about the President's temperament.

Tillerson spoke with CNN in a wide-ranging interview where he addressed the threat of North Korea's nuclear program, tensions with Russia and Iran, and his famously tense relationship with the commander in chief.

Tillerson had reportedly dismissed Trump in the past as a "moron," while the President publicly hinted that he would win an IQ contest against his top diplomat.