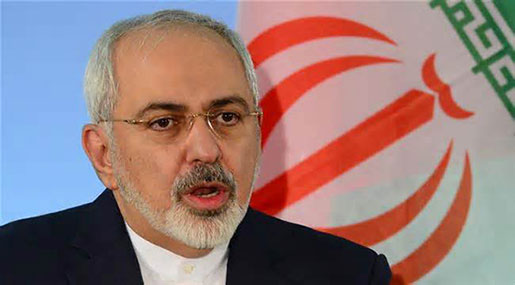 Iran's Foreign Minister Mohammad Javad Zarif ridiculed US President Donald Trump on Saturday over what he called the foreign policy "blunder" of trying to raise its recent protests at the UN Security Council.

The Security Council "rebuffed the US' naked attempt to hijack its mandate", Zarif wrote on his Twitter account.

"Majority emphasized the need to fully implement the JCPOA [nuclear deal] and to refrain from interfering in internal affairs of others. Another FP [foreign policy] blunder for the Trump administration," he further added.

Zarif further stated that Saudi Arabia and Daesh [the Arabic acronym for terrorist ‘ISIS/ISIL' group] are "eternal bedfellows" and both are following US President Donald Trump's lead.

"All endorse violence, death and destruction in Iran. Why are we not surprised," Zarif said in a "breaking" post on his official Twitter account on Friday.

On December 28, a number of protests over economic problems broke out in several Iranian cities, but the gatherings turned violent when groups of participants, some of them armed, vandalized public property and launched attacks on police stations and government buildings.

Over a dozen people have been killed in the ensuing violence in Iran, according to state media reports.

In a series of tweets Trump has backed the protests. In its latest weekly publication, Al Nabaa, Daesh also declared support for the protests in Iran and said they should continue.

The Iranian foreign minister also said on Thursday the US president's moves against the Iranian people belie his recent claim that he "supports" them.