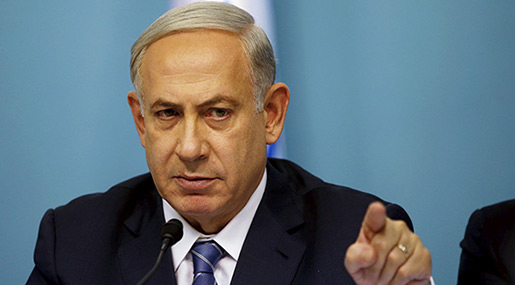 Describing the situation in the region as extremely tense and unstable, Netanyahu said the "Israeli" entity will use its right to protect itself against any threat. In particular, he spoke against Iran's military presence in Syria, a claim repeatedly denied by Tehran. 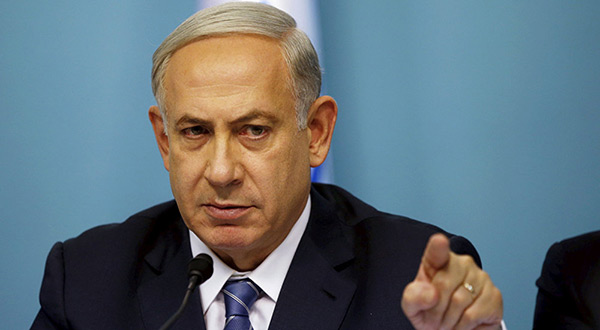 "Israeli" Prime Minister Benjamin Netanyahu has warned Iran and Palestine's movement Hamas against threating the entity's security, saying that Tel Aviv is capable of defending itself with its "tremendous firepower," including the strongest air force in the region.

"The air force is as its peak today, with the best tools, technologies, planes and pilots in the world. With defensive and offensive capabilities and tremendous firepower, the air force has the ability to reach short distances and faraway destinations as required," Netanyahu said Wednesday during a graduation ceremony for new "Israel" Air Force (IAF) pilots.

The prime minister underscored the situation in region continues to remain dangerous due to the threats of "radical Islam."

"We are an island in this stormy region and have a clear policy of protecting our security," Netanyahu said.

He also once again voiced concern over Tehran's policy in Syria, saying, "Our policy is clear; we will not allow the Iranian army to entrench itself in Syria to harm us and we will take strong action to prevent the development of high-precision, deadly weapons pointed at us."

Earlier in December, Netanyahu had said that the "Israeli" entity would not allow Iran to establish a military presence in Syria. His statement came shortly after the entity carried out an airstrike on a target in Syria, which some media outlets speculated to be an Iranian base.

Tehran has repeatedly denied reports of having a base in Syria as well as conducting military operations there, while however, stressing its cooperation with Damascus in the fight against various terrorist groups, including the Wahhabi Daesh [Arabic acronym for "ISIS" / "ISIL"], and is as one of the guarantors of the ceasefire in the war-torn country, jointly with Russia and Turkey.

Commenting on the situation in the besieged Gaza Strip, Netanyahu said on Wednesday that the "Israeli" entity would not allow or tolerate an escalation from Hamas.
"We will use all means to defend ‘Israel's' sovereignty and security," Netanyahu said.

The "Israeli" entity has launched dozens of airstrikes on Hamas targets in Gaza recently, in response to a spike in violence after US President Donald Trump's decision to recognize al-Quds [Jerusalem] as the "Israeli" capital.

Trump's move has exacerbated tensions between the "Israeli" entity and Hamas, leading to an intensified trade of fire. The "Israeli" military has enforced its presence in al-Quds and has been conducting operations against Hamas, mainly destroying their military tunnels in the Gaza strip. Palestinians had been protesting against Trump's decision all over the country and on December 12, Hamas announced a third "intifada" against the "Israeli" entity.