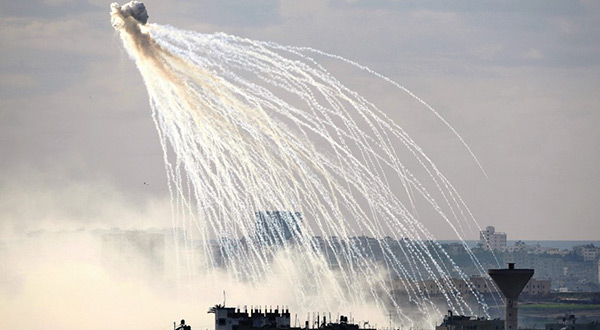 Palestine, now approaching its 70th anniversary of usurpation by the apartheid "Israeli" entity, has long been recognized as a laboratory for fine-tuning punitive "Israeli" policies and techniques. 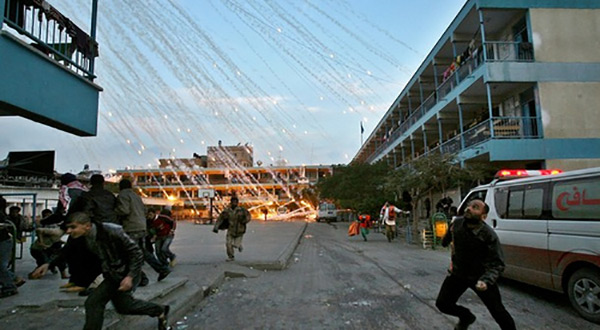 According to a documentation done by the International Jewish Anti-Zionist Network, the "ongoing colonization of Palestine and the accompanying atrocities" have enabled the entity to develop "great expertise in repression", while "exporting these tools and methods on an industrial scale has become crucial to ‘Israeli' economic political power".

But Palestine has served as another kind of laboratory, one in which certain Western media figures and other upstanding characters work to perfect their talent for exonerating - and even encouraging - "Israeli" atrocities.

Since 27 December marks the ninth anniversary of the launch of the "Israeli" entity's Operation Cast Lead - a 22-day affair that dispensed with some 1,400 Palestinians in the Gaza Strip.

A New York Time's analysis by Thomas Friedman is a clear evidence of how corporate media tried to legitimize "Israeli" violence.

As Friedman saw it at the time, Cast Lead was simply "the latest version of the longest-running play in the modern Middle East.

Of course, seeing as "Israel" was, as usual, doing most of the "blowing up" - and that Palestinian civilians perished at a rate of approximately 400: 1 vis-a-vis their "Israeli" counterparts during Cast Lead.

Friedman went on to advocate for war crimes by recalling the entity's alleged "education of Hezbollah" in its 2006 war on Lebanon and prescribing a similar educational approach to Hamas in Gaza.

In 2006, Friedman wrote, the "Israeli" entity's strategy had been "to inflict substantial property damage and collateral casualties on Lebanon at large", thereby "exact[ing] enough pain on [Lebanon's] civilians... to restrain Hezbollah in the future" - an arrangement he said "was not pretty, but it was logical".

Other experts in the field of murderous logic include Harvard law professor emeritus Alan Dershowitz, who in 2006 proposed his own eloquent "continuum of civilianality" to effectively pardon the "Israeli" entity for regularly slaughtering civilians. He explained that members of "Hezbollah and Hamas ... are difficult to distinguish from those civilians... Nor can women and children always be counted as civilians, as some organizations do."

And while Dershowitz and other champions of indiscriminate (but oh-so-civilized) bloodshed complain perennially of a perceived anti-"Israel" bias in the media, the truth of the matter is that media defenses of the entity have become so institutionalized that the situation is almost boring to discuss.

Take Bret Stephens's Wall Street Journal piece "The Truth About Gaza", for example, in which he laments the entity's formal "disengagement" from the Strip in 2005 and manages to define Operation Cast Lead as a "limited action".

A primary media technique for justifying the entity's criminal excesses, of course, is to cast each act of "Israeli" brutality as a legitimate response to some or other Palestinian transgression - a right of retaliation that is categorically denied to Palestinians via willful manipulation of cause-and-effect relationships and other chronological sleights of hand.

At this point, it would seem that seven decades of ethnic cleansing, land theft and massacres by the "Israeli" entity might exempt the Palestinians from their permanent role of aggressors.

And yet the inversion of reality persists, aided by a mainstream media that when it can't hide or justify the entity's grave misdeeds simply dilutes them.

As the entity continues its periodic onslaughts on the Palestinian coastal enclave, the media rarely misses a beat.

In the face of such shameless journalistic complicity, meanwhile, there are mercifully still humans working to preserve their own humanity - and ours.

And as Friedman's "longest-running play in the modern Middle East" continues to generate standing ovations for "Israeli"-induced carnage, here's hoping the curtain will fall - and break the whole theatre in the process.