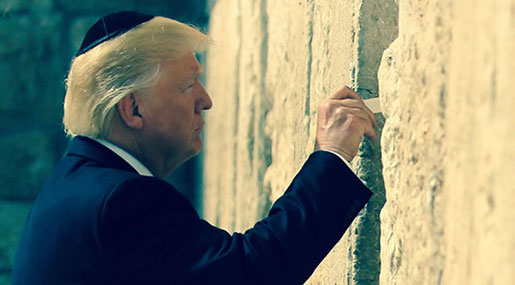 ‘Israeli' Transportation Minister Yisrael Katz decides to thank US President Donald Trump for recognizing al-Quds as ‘Israel's' so-called ‘capital' by honoring him with a planned railway station located near a holy site, which is part of a NIS-2.5-billion project. 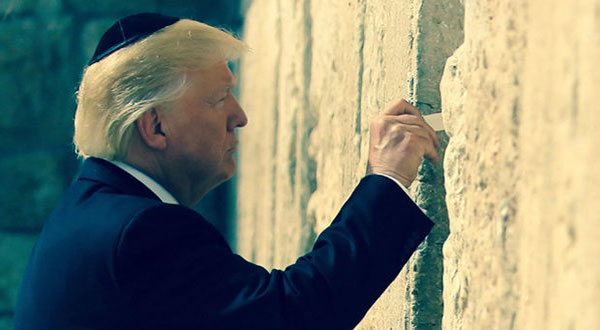 The final route of the Kotel train project, according to Yedioth Ahronoth, will include a three-kilometer long subterranean tunnel connecting "HaUma" train station with the al-Buraq Wall.

According to the plan, a tunnel will be excavated from HaUma station that will contain two underground stations, 52 meters below street level. The two stations will be "City Center" station on the intersection of the Jaffa and King George Streets and the second-the "Donald John Trump, Western Wall" station-near the Cardo in the Old City's Jewish Quarter.

The tunnel and two planned station will, in effect, serve as continuation for the forthcoming Tel Aviv-Al-Quds express train line-a trip that will purportedly take only 28 minutes-through train stations at Ben Gurion Airport, Modi'in and HaUma station near the al-Quds International Convention Center.

Katz termed extending the al-Quds express train line all the way to the Wall the "most important national project in the Transportation Ministry" and instructed his ministry's people to place it at the top of their priorities list, budget- and planning-wise.