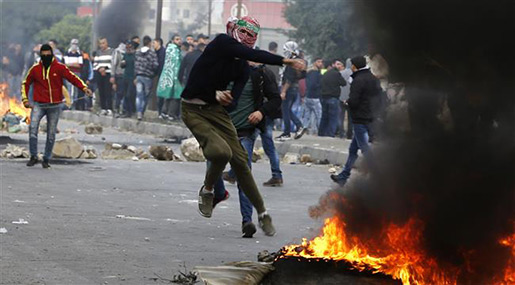 Two Palestinian protesters have lost their lives and dozens others sustained injuries in another day of rage and clashes with "Israeli" soldiers in the occupied Palestinian territories over US President Donald Trump's recognition of al-Quds [Jerusalem] as the "Israeli" entity's so-called "capital". 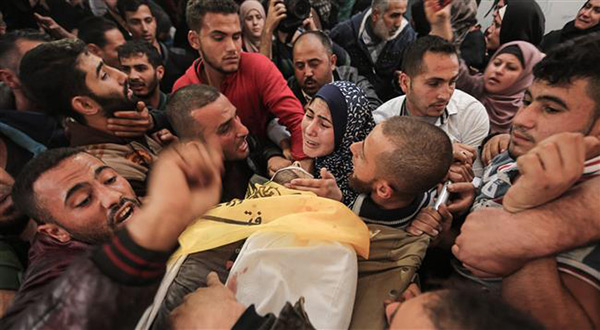 Mohammed Nabeel Mohaisen, 26, was also martyred by live gunshots during scuffles between dozens of youths and Israeli soldiers east of Gaza.

Additionally, hundreds of Gaza youths threw stones at "Israeli" forces east of Khan Younis. Eleven were shot and injured, and one was critically injured after he tried to cut the fence and throw stones at the soldiers.

Meanwhile, a 27-year-old Palestinian succumbed to the injuries he had sustained during clashes with "Israeli" troops earlier this week, according to the Palestinian Health Ministry.

Hundreds of Palestinian protesters also converged at the northern entrance to "Beit El" settlement, where they clashed with "Israeli" soldiers.

The Palestine Red Crescent Society reported that two young men were wounded by live bullets, while another was severely beaten by "Israeli" troopers.

In the northern occupied West Bank town of Budrus, located 31 kilometers northwest of Ramallah, clashes broke out between dozens of young Palestinian men and "Israeli" forces.

Palestinian demonstrators also engaged in skirmishes with "Israeli" forces in the town of Silat ad-Dhahr, located 22 kilometers southwest of Jenin.

Similar clashes broke out in other occupied West Bank towns and cities, including Nablus, Salfit and Beita.

On December 6, Trump announced his decision to recognize al-Quds as the "Israeli" entity's so-called "capital" and relocate the US embassy in occupied lands from Tel Aviv to al-Quds.

On Thursday, the United Nations General Assembly overwhelmingly voted in favor of a resolution that calls on the US to withdraw its controversial recognition of al-Quds as the "Israeli" entity's so-called "capital".

In an attempt to avert the resolution, Trump had warned that "we're watching," threatening reprisals against countries that back the measure, which earlier faced a US veto at the UN Security Council.

The "Israeli" entity, however, rejected the world body's resolution while thanking Trump for his decision to move US embassy from Tel Aviv to al-Quds.

Al-Quds remains at the core of the "Israeli"-Palestinian conflict, with Palestinians hoping that the eastern part of the city would eventually serve as the capital of a future independent Palestinian state.