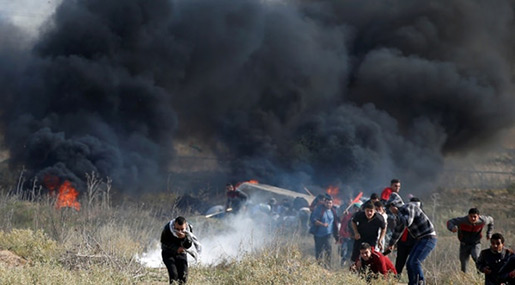 At least two Palestinians had been martyred and about 770 others have sustained injuries when clashes broke out between "Israeli" forces and Palestinians demonstrating in protest against the recent decision by US President Donald Trump to recognize "Israeli"-occupied al-Quds [Jerusalem] as the capital of the Tel Aviv regime despite widespread international opposition to the measure. 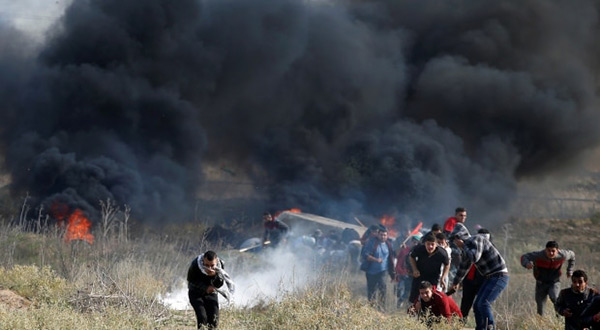 Clashes reportedly erupted between Palestinian protesters and "Israeli" forces across the West Bank, including the cities of Jenin, Tulkarm, Qalqiliya and Ariha (Jericho).

The Palestine Red Crescent Society (PRCS) said at least 612 people were injured in the occupied West Bank after being struck with either live or rubber bullets, or inhaling excessive amounts of tear gas.

In al-Quds, meanwhile, hundreds of Palestinians marched from the flashpoint al-Aqsa Mosque compound to the Bab al-Amoud (also known as the Damascus Gate) shouting slogans against the United States and stressing the Arabic and Islamic identity of the city.

"Israeli" forces used live ammunition and teargas in return to disperse the protesters.

The PRCS also reported that it had provided medical treatment to a number of Palestinians, who had been savagely beaten by "Israeli" troops.

Separately, a protest against the US president's decision to recognize al-Quds as the capital of "Israel" was held in the besieged Gaza Strip. Scores of people were injured during skirmishes with "Israeli" forces, and had to be transported to the al-Shifa hospital in Gaza City to receive medical treatment.

The Palestinian Health Ministry said Mahmoud al-Masri, 30, was shot to death by "Israeli" forces in Gaza's southern city of Khan Yunis. It also said at least 155 people were injured in the clashes. The ministry said another Palestinian, identified as 54-year-old Maher Atallah, who had been shot by "Israeli" troops in Gaza, succumbed to his injuries hours later.

On Wednesday, Trump announced his decision to recognize al-Quds as the entity's capital and relocate the US embassy in the occupied lands from Tel Aviv to al-Quds.

Al-Quds remains at the core of the "Israeli"-Palestinian conflict, with Palestinians hoping that the eastern part of the city would eventually serve as the capital of a future independent Palestinian state.