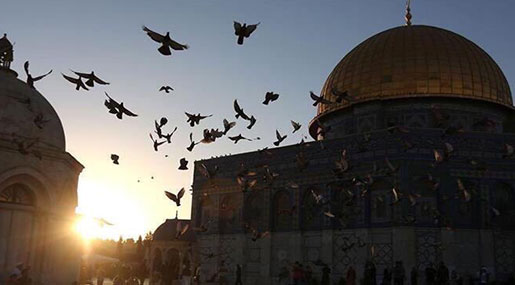 What Donald Trump did yesterday might be the best opportunity to stabilize the situation originating from the settlement colonial project called "Israel". Yesterday, dissolutely and rudely, America has told us - despite the will of some of its allies and partners in the colonial project - what it has been telling us throughout the ages and eras that it is the source of our oppression, misery and injustice. 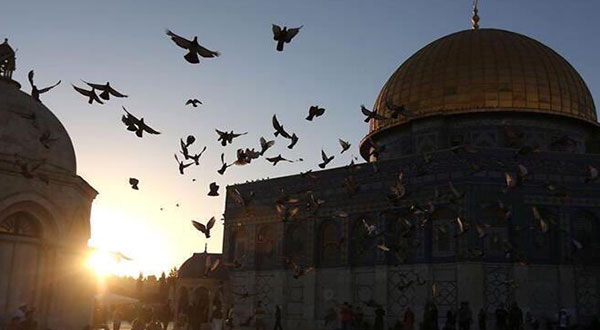 This means, we will not recover an inch of Palestine unless we declared an all-out war against it and work to turn its life into hell, its banner into a slogan of shame, and its army into a mobile monster in the world. Isn't it time for the Arabs to realize that America, in short, is the origin of scourge and evil? As for "Israel", let us leave it aside. Whatever is said about its "power, superiority and preparation", it is but an American-British colony that cannot live one day without the protection, care and blind support of the West.

This colonial West, and specifically the United States of America, is the reason for the existence of the usurper entity. All its efforts forcibly extend "Israel's" artificial existence, which is contrary to truth and logic and the movement of history, as it waits for its definite end.

This is the lesson the arsonist at the White House is teaching the Arab people today. Some Arab rulers have not understood for seventy years that "Israel" is nothing without the protection of the West and will not exist without America's cover and support. "Israel" is no longer the source of fear and anxiety, after the destruction of its military legend by the popular resistance in Lebanon and Palestine. Nothing that it does alone can keep it alive, not even for one hour.

Today, the moment when someone amongst us Arabs proclaims the full submission to America under the banner of "peace" is nothing more than subordination and surrender. At the moment when the free world stands helpless and idly in the face of the cowboy's madness, we have nothing left but to stand up for our dignity. We have to address the root of the problem and not its symptoms. We have no choice but to raise the slogan, voice, and fists as one and shout: "Death to America!" We have to declare an all-out war on America and its interests everywhere.

This move was necessary, even though it was expected a short while ago. This symbolic move for the Arabs and Muslims which is extremely dangerous and terrible and which Parliament Speaker Nabih Berri called "a new Balfour Declaration" was necessary for us to make sure that our real battle was with America before "Israel"; the America which was founded - like "Israel" - on the massacre and the destruction of an entire civilization, where the "Paradise of Freedom" was built on the ruins [of these civilizations]; America, which never flourished except through the exploitation of the world, the vulnerable people, and through colonial wars; America that covered up and covers up all of "Israel's" crimes, massacres, and racist and settlement policies. It is useless to fight "Israel" and leave it [America]. Perhaps some Arabs need this extra lesson, rather this shock, this earthquake, giving Al-Quds to the invaders, so that they know that betting on America is a form of absurdity, suicide or conscious betrayal. Precisely today, all Arabs have to choose: either America or Al-Quds!

Whoever chooses Al-Quds must know that the battle requires an alliance with everyone who stands up to America. He has to understand that inciting people against America means inviting them to oppose and fight it by all means and reject all that comes from it, even if it comes wrapped in the delusions of the solution or the desired antidote.

Those who choose to belong to and defend Al-Quds must work unceasingly, with all their might, to kill every American soldier outside his country's borders, to occupy, burn or destroy America's embassies all over the world. Let us expel from our country every American employee, diplomat, politician or others, and everyone who receives a salary from the US government. Let us face their fake democracy, cut off all the projects of their mercenaries in our countries and the world that serve suspicious agendas that only serve "Israel", behind false slogans about "human rights, development and progress".

Those who choose Al-Quds must choose the time of total resistance, which obligates us to do something that is not simple, but possible, in order to abandon everything that is related to them. Those who choose Al-Quds must work to make the American people aware that their responsibility is great and that they will pay the price of the policies of the ones they chose to govern their country.

It is true that it is a long and arduous process, but it is a compulsory path for anyone who wants to get rid of "Israel's" nightmare and its arrogant servants sitting on the throne of power in our country - the perpetrators of legitimacy, justice and freedom. What the rulers of the kingdoms of oppression did in the Arabian Gulf, and before them governments in the Mashriq [the region of the Arab world to the east of Egypt] and North Africa, would not have been possible if it hadn't been for our silence to their conspiracy, the submission of some of us, accepting this and promoting the culture of surrender.

Today, Donald Trump opens the door to a new opportunity for the resistance movement in Palestine and the Arab world. "He is helping us" - with thanks - to redirect attention to the harsh truth, which is America's direct influence or through "Israel" is the only purpose that is supposed to be confronted and to turn the table over the heads of its collaborators.