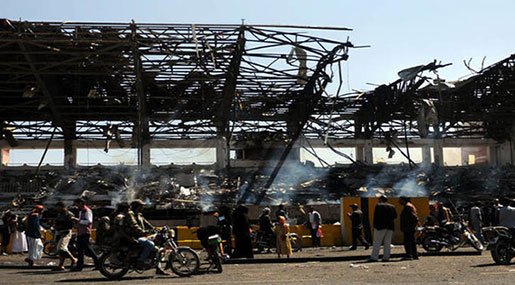 UN Secretary-General Antonio Guterres is "very much disappointed" that the Saudi-led coalition is refusing to lift its blockade of Yemen and has written directly to Riyadh's representative, his spokesman said Thursday. 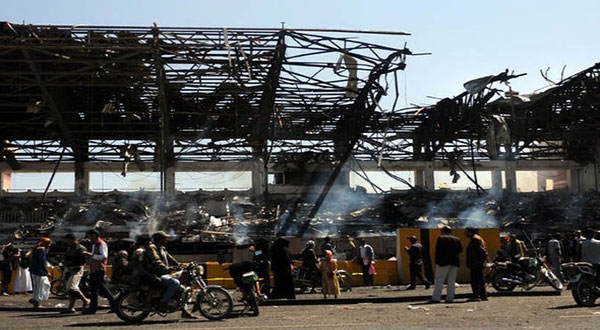 After repeated appeals by UN officials were ignored, Guterres wrote to the Saudi ambassador on Thursday to ask for an end to the blockade which he said "is already reversing the impact of humanitarian efforts."

"The secretary-general is very much disappointed that we have not seen a lifting of the blockade," said UN spokesman Stephane Dujarric.

Guterres and his top aid officials are "heartbroken at the scenes we are seeing from Yemen and the risk of continued suffering of the Yemeni people," Dujarric added.

"This is a man-made crisis," continued the UN spokesman, adding that Guterres had called it a "stupid war."

The United Nations has listed Yemen as the world's number one humanitarian crisis, with 17 million people in need of food, seven million of whom are at risk of famine.

Yemen is also battling one of the world's worst outbreaks of cholera, that has left nearly one million people ill and killed 2,200 people.

In the letter to Saudi Ambassador Abdallah al-Mouallimi, Guterres called on the coalition to allow UN flights to Sanaa and Aden, and to reopen the key ports of Hodeida and Saleef.

The direct appeal to Saudi Arabia's ambassador from the UN chief highlighted growing frustration and alarm over Yemen's humanitarian crisis and Saudi's refusal to open up access to aid.

In the letter, Guterres offered to send a UN team to Riyadh for talks on tightening up inspections at Hodeida port, once the aid shipments have resumed.

Earlier, the heads of three UN agencies warned that without deliveries of vital supplies such as food and medicine "untold thousands of innocent victims, among them many children, will die."

The joint appeal came from the World Health Organization, the UN children's agency UNICEF and the World Food Program.