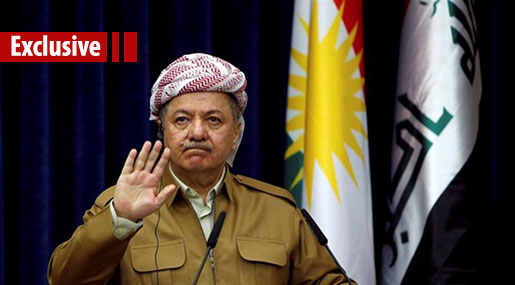 As disgraced American soldiers withdrew from Iraq in 2011, US Secretary of Defense at the time, Leon Panetta, hinted that Washington's battlefield disaster did not spell the end of US interference in that country. 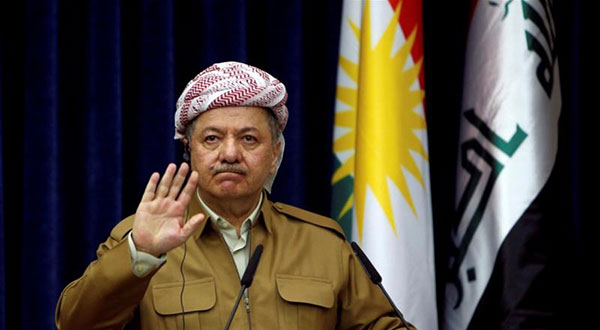 "We've invested a lot of blood in Iraq," Panetta said. "The bottom line is, whether it's diplomatic or whether it's military, we've got a long-term relationship with Iraq."

For many, the US defeat in Iraq marked the end of the golden age of American combat. However, politicians like Panetta and those who came after him insisted on treating their losses in the Middle East as a temporary setback on the road to ultimate triumph.

Just a few years after the 2011 withdrawal, American troops were sneaking back into Iraq under the cover of the black banner of Daesh.

The chaos crafted by the terrorist franchise - paid for by the Americans and their allies - first gave rise to the so-called Islamic State, and later aspiring Kurdish statelets. Both had the same objective: to restructure the region, starting with the division of Iraq and Syria.

But this month's blitz campaign by Iraqi forces against Kurdish fighters and an offensive to route Daesh out from its final stronghold in the country translates into more of the same for Washington - military frustration and defeat.

The degree of frustration was best summed up by US Secretary of State Rex Tillerson, who recently called on Iranian-backed groups in Iraq "to go home".

Tens of thousands of Iraqis heeded a call to arms in 2014, forming the Popular Mobilization Units (PMU) after Daesh seized a third of the country's territory. Tehran's invaluable contribution to the fight against the terror group is perhaps most evident in Iraq, where the Iranians funded and trained the PMU, which was integrated into the Iraqi security apparatus.

Tillerson's suggestion that these fighters should now "go home" was met with condemnation and mockery.

"I don't know how we can remove 65% of the Iraqi population and tell them to go home," a member of Iraq's State of Law Coalition, Saad al-Muttalibi said in reference to the country's Shiite majority, which makes up the bulk of the PMU.

"A law passed by the parliament dictated that all the PMUs are part of the Iraqi armed forces," Muttalibi added. "They cannot move without the approval of the Iraqi defense minister."

Of course, it is highly improbable that Rex Tillerson did not know this.

The unrealistic request from the top US diplomat was a way of telling the Iranian-allied PMU, which is at the forefront of safeguarding Iraq's territorial integrity, to make way for the real "foreign fighters" in Iraq - the tens of thousands of U.S. troops.

The opportunistic Kurdistan Regional Government in Erbil increased its territory by at least 40% between 2014 and 2017. Kurdish Peshmerga fighters occupied a number of disputed areas, including the oil-rich Kirkuk region, after the Iraqi army withdrew in the face of advancing militants.

The hope in Washington and Tel Aviv was that the Kurds could serve as the new force for destabilizing the region, and a base of operations for the project aimed at undermining the Iranian-led resistance axis.

However, one month on, and the entire scheme appears to be doomed.

Iraqi Prime Minister Haidar al-Abadi adopted an unusually hawkish stance following the referendum. He gave the Kurdish leader, Massoud Barzani, an ultimatum, and then delivered on his threat by taking back Iraqi territory while using the country's armed forces.

The PMU was at the forefront of that effort. Qassem Soleimani's presence on the ground was also instrumental. The commander of Iran's Quds Force is widely believed to have made arrangements with local political and Peshmerga leaders, dissuading them from fighting.

As a testament to just how desperate things have become in Erbil, the KRG's has offered to suspend its drive for independence in return for a promise from Baghdad to halt its military activity.

And in a display of just how confident Abadi has become, the Iraqi premier rejected the offer, demanding an annulment of the referendum results.

Meanwhile, Iran's role as a guarantor of stability in Iraq has been sealed. The developments on the ground have only served to bring Baghdad and Tehran closer together, leaving Washington out in the cold yet again.

As such, the real winners of the Kurdish independence referendum are Abadi - whose handling of the crisis has likely secured him a second term in office - and certainly Iran, which further increased its influence in Iraq by quashing Washington's grand designs for the region.

The threat of more war

Iraq is a country that can often be described as a place that produced too much history. It is the sight of seismic events that have a ripple effect on the entire region and beyond.

Over the last couple of years, these colossal developments have frequently given way to existential challenges for the country.

Despite the recent successes, Iraq is still at a crossroads. The threat of full-scale war between Baghdad and the Kurds remains a very real prospect.

And while Tillerson's call for the PMU to "go home" may be a sign of growing desperation, it also suggests that the tussle for Iraq is still very much an ongoing affair.