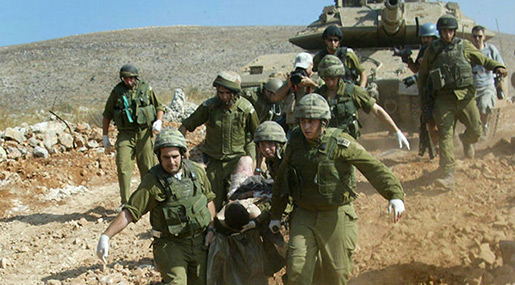 A war between the "Israeli" entity and Hezbollah is inevitable, though not necessarily imminent, and will be unavoidably bloody for both sides, according to an assessment by a number of former generals from around the world, known collectively as the "High Level Military Group" [HLMG]. 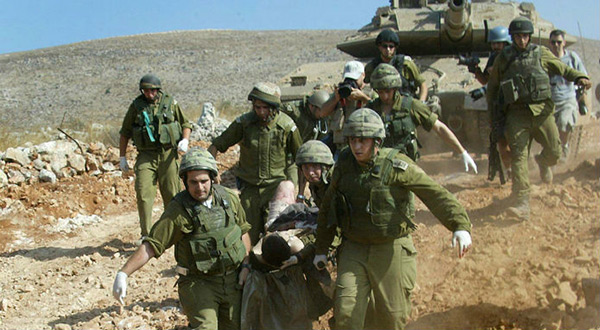 In the extensive report, published Wednesday, the organization details both the "Israeli" Occupation Force's [IOF's] and Hezbollah's reorganization in the 11 years following the Second Lebanon War, the last time the sides engaged in all-out combat with one another. The HLMG also describes the strategies each side will use in the apparently approaching war, as well as the potential pratfalls of those plans.

In its 76-page report, the HLMG maintains that its assessments are "based purely on the accumulated military and strategic experience of its members."

The report sites that since its foundation in 1985, Hezbollah grew into a full-scale nemesis with significant sway in domestic Lebanese politics. Accordingly, it now represents the benchmark by which the IOF measures its preparedness.

The former generals and defense officials describe Hezbollah as being "widely considered to be the most powerful non-state armed actor in the world."

As the Lebanese Resistance group has taken part in the fighting in Syria, it has gotten stronger through combat experience and improved access to advanced weaponry, the report explained.

Based on the report, "Hezbollah has the political clout of a government, the firepower of an army and the strategic approach" of an armed organization.

The "Israeli" entity believes that Hezbollah maintains a force of approximately 25,000 full-time fighters - 5,000 of which underwent advanced training- with another at least 20,000 fighters in reserve units.

According to the report, Hezbollah also possesses attack drones, air defense systems, armored personnel carriers and even tanks. It is also believed to have the Yakhont shore-to-sea missile, with which it can threaten "Israeli" Navy ships.

But the Resistance group's weapons of choice are missiles and rockets, which it has been amassing and improving, the report cited.

Hezbollah is believed to possess between 100,000 and 150,000 projectiles, most of them short range. "Israeli" officials assess that in a future war, the Resistance group would be able to sustain a firing rate of over 1,000 missiles per day.

Hezbollah's arsenal contains "more rockets than many European armies," wrote the HLMG in the report.

Increasingly, the IOF believes, the group has been focusing on making its missiles more precise so that it can direct attacks to key "Israeli" strategic sites.

"Thus, not only has the sheer numeric scale of the threat increased exponentially, but the lethality is greatly increased on account of larger payloads, range and higher targeting accuracy," the HLMG wrote in its report.

The HLMG cited Hezbollah Secretary General His Eminence Sayyed Hassan Nasrallah who had threatened that in a new war, Hezbollah would not be fighting alone, but would have the support of other resistance fighters from across the Middle East. This which would force the "Israeli" army to fight on two fronts or even more, if Hamas in Gaza joins in the conflict as well.

The report also mentioned that "Israeli" settlers are unaccustomed to and unprepared for sustained conflict, making this an advantage for Hezbollah.

"Policymakers expressed concerns about how prepared the ‘Israeli' public is for the level of devastation that would be wrought in a major military clash with Hezbollah," the HLMG wrote.

In its report, the HLMG noted an "increasingly symbiotic relationship between Hezbollah and the Lebanese Armed Forces," which is believed to include intelligence sharing, as well as material cooperation.