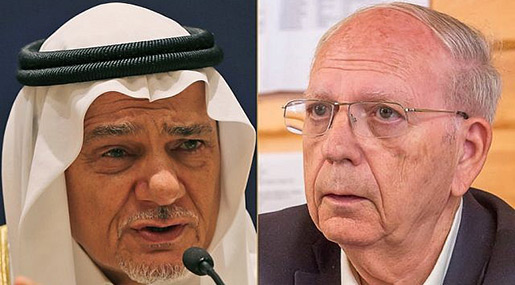 A few years back, the prospect of an eminent member of the "Israeli" political establishment sharing a stage with a Saudi Arabian counterpart in a New York synagogue would have been difficult for many to stomach. 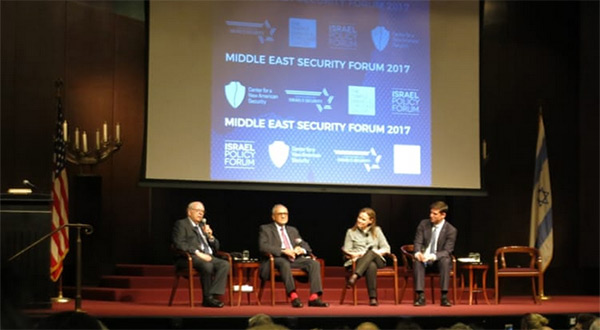 Such events are becoming more common. On Sunday, Prince Turki al-Faisal, a former Saudi intelligence chief appeared relaxed and chatty beside Efraim Halevy, the director of Mossad from 1998-2002, on a podium in Manhattan's Upper East Side.

Al-Faisal dismissed the idea that "Israel" and Saudi are edging towards détente, but his many references to Iran's nuclear arms scheme and growing regional clout underscored the perceived common threat shared by both countries.

But the fear of nuke-toting Iranian religious scholars would not propel Riyadh into clandestine military cooperation with "Israel" unless the entity first struck an equitable, two-state deal with Palestinians, al-Faisal insisted.

"There is no such under-the-table engagement between ‘Israel' and these Arab countries. What is needed is on the table, not under-the-table," al-Faisal told the Middle East Security Forum: New York.

Nevertheless, observers at the one-day event noted how the joint public appearance of the former Saudi and "Israeli" intelligence chiefs showed warming ties between the two countries, while raising tough questions for Palestinians.

"No one should underestimate the ways in which the common Iranian threat and recognition that the 'Israeli'-Palestinian conflict is not the destabilization center of gravity have changed the region," Michael Koplow, an analyst at the "Israel" Policy Forum, the organizer, told al-Jazeera.

"It should not be remarkable to see former ‘Israeli' and Saudi spymasters sharing a stage, yet it is a sign of how both sides are slowly allowing what has been a behind-the-scenes relationship to emerge in small ways."