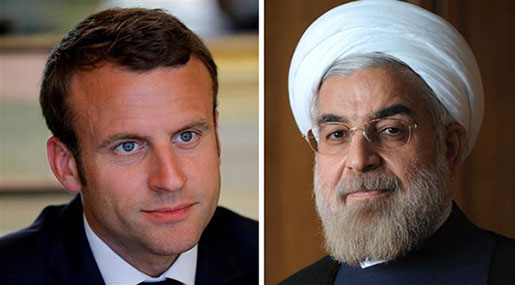 Any measure against Iran's nuclear deal is violating a multilateral agreement and the deal is not re-negotiable, Iranian President Hassan Rouhani told his French counterpart Emmanuel Macron on Friday. 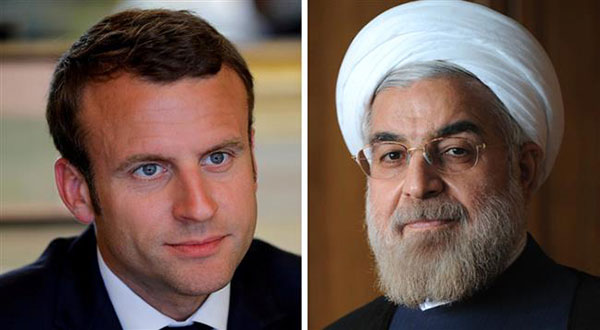 Speaking on the phone with Macron, Rouhani pointed to the role of Iran deal known as Joint Comprehensive Plan of Action [JCPOA] in developing ties between Tehran and Paris.

Iran is ready to reinforce bilateral, regional and international relations with France, he said.

Both countries will be able to take major strides in cementing ties in issues of mutual interests, Rouhani added.

He further referred to Washington's new stance and Macron's focus on EU and Paris support of JCPOA, saying the International Atomic Energy Agency [IAEA] is the only body to verify Iran's commitment to nuclear deal.

Connecting multilateral and international commitments with US domestic disputes would be very dangerous for the world confidence, Rouhani noted.

He urged all parties to stay committed to JCPOA and not to permit US President Donald Trump or US Congress to take incorrect actions against the deal.

Unfortunately, US Administration not only tends not to be committed to Iran deal but to some other international commitments and regulations, he stated.

Meanwhile, Macron said France is determined to promote relations with Tehran in all fields.

He pointed to US efforts against JCPOA, saying EU and France defend the agreement firmly and they are committed to full implementation of the deal.

He urged Iran to continue cooperation with IAEA and to keep compliance with nuclear deal.