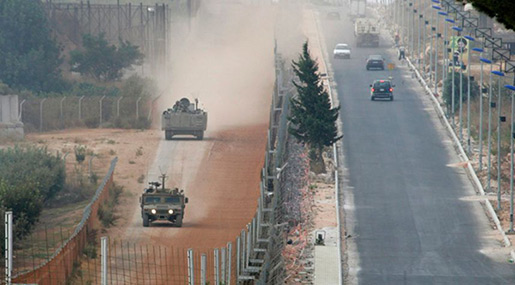 During the 1999 election campaign Ehud Barak, who challenged and defeated Benjamin Netanyahu, promised to withdraw the "Israel" Occupation Force from the south Lebanon security zone. As prime minister and defense minister, he made good on that promise and unilaterally withdrew IOF forces to the international occupied Palestine-Lebanon border. 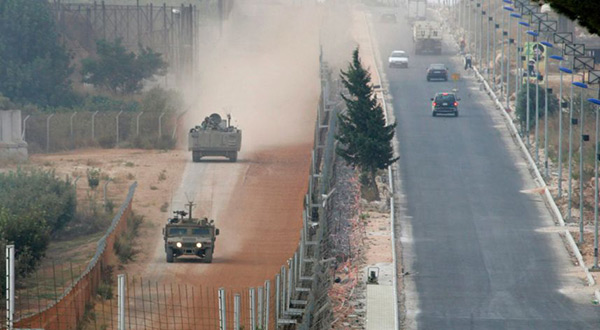 Betrayed and left behind was "Israel's" ally, the "South Lebanon Army" that had for years fought shoulder to shoulder with the IOF against Hezbollah, sustaining more than its share of casualties.

A great sigh of relief was heard throughout the land - it was hoped that this would put an end to the casualties the IOF was sustaining, while protecting "Israeli" settlers in the north. The theory presented to the public was that after the IOF withdrawal, Hezbollah would have no further motivation to attack "Israel". In any case, "Israel" would now be in a position to carry out drastic retaliation in the event of a Hezbollah attack, and that this would suffice to deter Hezbollah. Lebanese earth would tremble, Barak warned, if that should happen. But it did happen again and again, and Lebanese earth did not tremble. Hezbollah did not become what we wished it would be. It grew many-fold in size and strength, and continued to be an implacable enemy of "Israel".

What had been a limited danger from Katyusha rockets to the towns on the "Israeli" entity's northern border, grew in the intervening 17 years to a major danger to the entire settlers population and much of the country's infrastructure, which are threatened by a Hezbollah arsenal of more than 100,000 rockets and missiles aimed at all of "Israel". It is the primary threat facing the entity at this time.

The "Israeli" entity received a reminder of the growing threat six years after the withdrawal, during the Second Lebanon War in 2006, in which 121 soldiers and 44 settlers died and over 2,000 soldiers and settlers were injured. The threat has grown dramatically since then, magnified by the presence of Hezbollah and Iranian forces in parts of Syria.

What went wrong? How did successive "Israeli" regimes allow a minor danger to northern "Israel" to grow into a major threat to the entire country?

It started with the withdrawal from the south Lebanon security zone. It was an abandonment of David Ben-Gurion's credo that it was the task of IOF soldiers to protect the entity's settler population and that in performing this task it would inevitably suffer casualties.

This change in policy was never announced, but gradually, almost imperceptibly, it became part of the entity's attitude toward the dangers it was facing. It reflected a feeling that it was more painful to suffer casualties among the "Israeli" entity's soldiers than among its settler population.

The withdrawal, far from convincing Hezbollah to refrain from further aggression against "Israel", created the impression that Hezbollah had scored a victory over "Israel" and eventually led to Hezbollah taking control of Lebanon.

It was the result of a misreading of the rationale motivating Hezbollah, which was and continues to be a revolutionary organization pledged to bringing about the destruction of "Israel". An organization whose leaders believe that they are following the orders of Allah will not be dissuaded from pursuing its goal.

And relying on deterrence, a concept which in any case is ill-defined and nebulous, has little meaning when applied to a terrorist organization. While "Israeli" decision makers over the years felt that they were deterring Hezbollah from attacking "Israel", that the increasing arsenal of Hezbollah rockets and missiles was destined to rust away on the scrap heap, Hezbollah succeeded in reaching a point where it was successfully deterring the entity from taking action to destroy its growing arsenal of weapons.