Today I have seen the statements from a number of our brotherly Iraqi officials regarding the course of the recent negotiations that took place in Syria's Qalamoun region. I also read some comments made by different Iraqi figures and parties on the same subject. Speaking strictly from a brotherly and loving stance, I would like to comment on the following:

2 - Those who have been transferred are not in large numbers. 310 defeated, broken, capitulated militants, who have lost the will to fight will not change anything in the equation of the battle in the province of Deir Ezzor, where tens of thousands of fighters are said to be present.

3 - The area they moved to is the front line in the Syrian Badia. Everyone knows that the Syrian army and its allies have been fighting fiercely for several months there, and that Hezbollah is at the forefront of the Syrian Badia attack on Daesh, sacrificing a high number of martyrs. Thus we are transferring these defeated militants from one front that we are fighting on to another where we are also fighting.

4- We had a national humanitarian issue in Lebanon which is the issue of the Lebanese soldiers who were kidnapped by Daesh a few years ago. The Lebanese consensus was demanding that their fate be revealed and they be released if they were alive or their bodies be recovered if they were martyred. The only and exclusive way in the end was to negotiate with these militants to resolve this national humanitarian issue. Daesh refused to reveal the soldiers' fate, and after a very tough battle on both sides of the Lebanese-Syrian border and after Daesh lost most of its strength and territory it controlled, it bowed and submitted.
Resorting to a comprehensive military decisiveness was possible and easy, but it would have come at the cost of the cause of the Lebanese soldiers.

5. I would like to remind our dear brothers that Hezbollah entered - with full force - the fronts alongside the Syrian army in confronting the Takfiri organizations since the beginning of the war. It fought in many of these arenas alongside the Syrian army, which has always destroyed the Takfiri terrorists' capabilities and never resorted to the containment strategy.
Our goal is to win over the Takfiris by fighting them. Regarding the tactics, every arena has its leadership, which knows the best path to achieving victory.

6. Hezbollah did not hesitate to fight Daesh in any place it was called to or required by duty. You know this well. Hezbollah's intentions, background, courage or credibility cannot be questioned, especially in this battle.

It is also not right to point the finger at the Syrian leadership. This agreement is Hezbollah's agreement which has been accepted by the Syrian leadership, whose army is fighting today along numerous fronts against Daesh - from east Hama to the east of Homs to the south of Raqqa to the west of Deir Ezzor to the Syrian Badia. And its soldiers are martyred daily.

7 - We are proud of the participation of our Iraqi Mujahideen brothers from the heroic Iraqi resistance factions who rushed - starting from the first days of the war in Syria - to participate in the Syrian arena. They were the ones with bright insights when some were still looking into the gender of the angels. We fought with them shoulder to shoulder and our blood merged in many of the fighting sites. These Iraqi heroes are still in the same trenches, fighting and changing the equations. While we are proud of them, we appreciate their constant presence and great sacrifices in defending the nation and the sanctities, and we thank them for that.

Finally, I congratulate all Iraqis on their great victories from Mosul to Tal Afar, which they made with their blessed blood, their heroic armed forces and their popular mobilization. 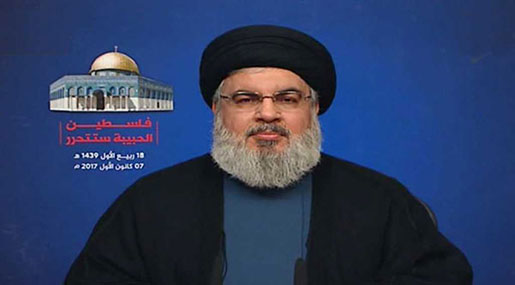 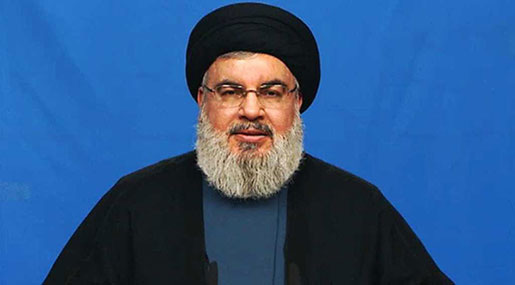 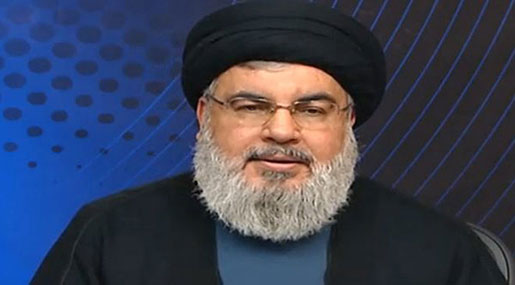 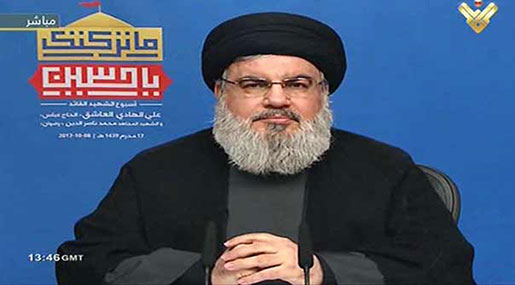