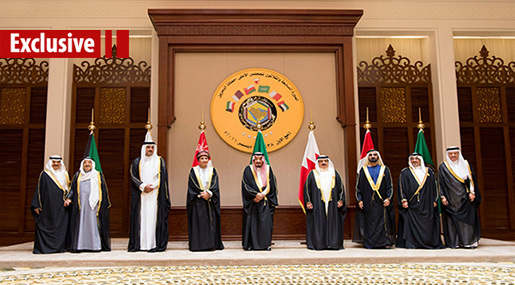 Two things were easy to predict when it came to the 13-point ultimatum issued to Qatar by the Saudi-led bloc of countries. 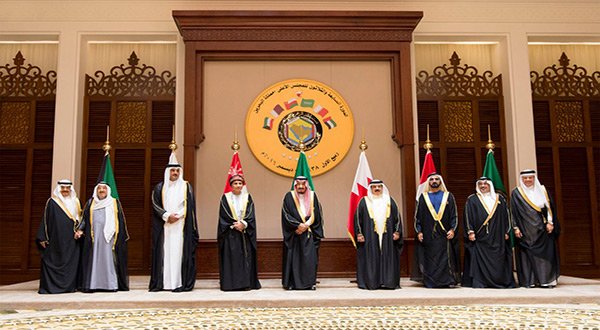 First, Doha was certain to reject the demands, given their unrealistic nature. Second, Saudi Arabia, Bahrain, the UAE and Egypt would not know how to respond once Doha called their bluff, because the only logical next step is war, and neither side can currently afford to head in that direction.

Instead, the four Arab states initially extended Qatar's deadline for compliance. Then, after the deadline expired, it took them nearly 48 hours to issue a vaguely worded statement, threatening Qatar with further "political, economic and legal measures".

But despite all the ambiguity surrounding the decision-making process, both sides have shown their unwillingness to compromise. As such, the so-called ‘Cold War in the desert' is just getting started.

The Saudi-led bloc slapped Qatar with an air, sea and land blockade on June 5, accusing Doha of supporting terrorism, in addition to a range of other charges.

By June 22, the four states issued their 13-point list of demands as prerequisites for the lifting of the embargo, which included downgrading ties with Iran, closing a military base housing Turkish troops, and severing links to terrorist groups.

But until Qatar's ‘allies' began harassing the tiny sheikhdom, the relationship between Doha and Tehran has always been far from ideal. The two countries are ideological rivals in regional conflicts, and the only thing that discouraged Qatar from adopting a Saudi-styled belligerent attitude towards the Islamic Republic is joint ownership of a strategic gas field.

"This whole situation with Qatar and Saudi Arabia has really changed the game for the alliances drawn during the Syrian conflict. During Syria, you had a whole set of alliances involving Assad, Russia and Iran against Saudi Arabia, Qatar, Turkey, etc.", explains director and writer for The Duran, Alex Christoforou.

"Now, with this conflict going on between Saudi Arabia and Qatar, everything has turned upside down. You now have Turkey and Iran siding with Qatar."

Meanwhile, the real motivation for demanding the expulsion of Turkish troops involves a direct attempt to undermine Qatar's sovereignty, given that prior to the eruption of the crisis, Turkey had just over a dozen troops at the base - hardly a threat to neighboring states.

Merely entertaining the possibility of complying with this strange request would amount to publicly relinquishing a state's sovereign right.

And this is exactly what is expected of Qatar.

A victim of both its own ambition and an internal power struggle in Washington, Qatar is also being asked to sever all channels of support for groups classified as "terrorist organizations" by Saudi Arabia, the UAE, Egypt, Bahrain and, perhaps most interestingly, the US. In addition, Doha is expected to extradite individuals viewed as having committed crimes and being a threat to the Gulf states.

This is designed to shatter Qatar's status as a neutral ‘safe zone', which the kingdom has been fostering since the 9/11 attacks, when it opened offices for the Afghan Taliban in downtown Doha - not without Washington's blessing, of course.

The presence of some 10,000 American soldiers on Qatari soil is undoubtedly a deterrent for any potential military operation against Doha, rendering most blueprints for a Saudi-led attack far too complicated and politically undesirable.

However, it is not Washington that's putting wind in Qatar's sails. Doha's military inferiority and vulnerability have been virtually eliminated thanks to the support from Turkey and Iran.

A spike in the number of Turkish soldiers stationed in Qatar has provided a powerful boost in morale.

It is clear that Ankara sees the defense of Qatar as part of its own national interest.

Aside from the fact that the two countries cooperated closely on a wide range of regional crises, from Libya and Egypt, to Syria and Iraq, Turkey also wants to secure as many lucrative contracts as possible with Qatar, which it views as an important market for its military industry.

Whatever the outcome of the current crisis, the relationship between Qatar and Turkey will likely emerge stronger than ever.

Moreover, the internal GCC spat has put Turkey in the same trench as Iran.

Just a few months ago, analysts were still trying to figure out whether the Turkish military base in Qatar was meant to serve as a ‘deterrent' against Iran. Now they are asking the question: are the Turks and the Iranians going to team up in their efforts to protect Qatar from the Saudis? The answer, most probably, is yes.