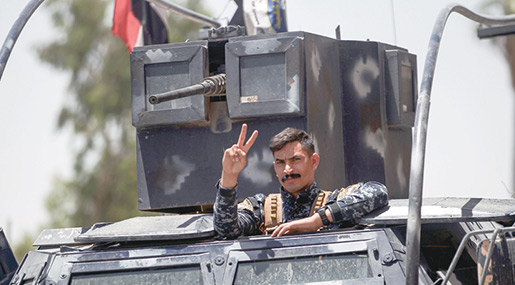 As elite counter-terrorism units fought militants among the narrow alleyways of the historic Old City, the Iraqi military said on Monday that the battle to wrest full control of Mosul from the Wahhabi Daesh [Arabic acronym for "ISIS" / "ISIL"] will be over in a few days. 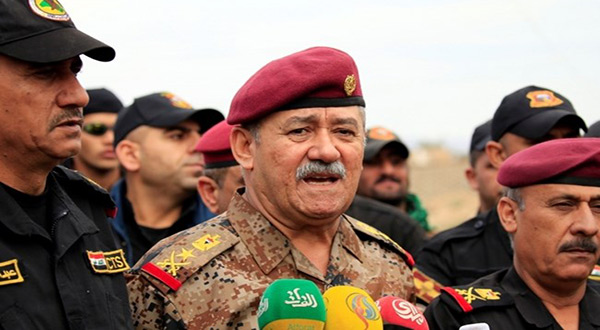 An attempted fight-back by militants failed on Sunday night and Daesh's grip on the city, once its de facto capital in Iraq, was weakened, a senior commander said.

"Only a small part [of the militants] remains in the city, specifically the Old City," Lieutenant General Abdul Ghani al-Assadi, commander of the Counter-Terrorism Service [CTS] in Mosul, told Reuters.

"From a military perspective, Daesh is finished," Assadi said. "It has lost its fighting spirit and its balance. We are making calls to them to surrender or die."

As CTS units battled militants in the densely-populated maze of tiny streets of the Old City, which lies by the western bank of the Tigris river, Assadi said the area under Daesh control in Mosul was now less than two sq kms.

Up to 350 militants are estimated by the Iraqi military to be besieged in the Old City, dug in among civilians in crumbling houses and making extensive use of booby traps, suicide bombers and sniper fire to slow down the advance of Iraqi troops.

More than 50,000 civilians, about half the Old City's population, remain trapped behind Daesh lines with little food, water or medicines, according to those who escaped.

A US-led international coalition is providing air and ground support in the eight-month-old offensive.

The militants last week destroyed the historic Grand al-Nuri Mosque and its leaning minaret from which their leader Abu Bakr al-Baghdadi declared a caliphate spanning parts of Iraq and Syria three years ago. The mosque's grounds remain under the militants' control.

Iraqi troops captured the neighborhood of al-Faruq in the northwestern side of the Old City facing the mosque, the military said on Monday.

Iraqi forces took the eastern side of Mosul from Daesh in January, after 100 days of fighting, and started attacking the western side in February.

Assadi said Iraqi forces had linked up along al-Faruq, a main street bisecting the Old City, and would start pushing east, toward the river. "It will be the final episode," he said.

Aid organizations said Daesh had stopped many civilians from leaving, using them as human shields. Hundreds of civilians fleeing the Old City had been killed in the past three weeks.

Daesh has carried out sporadic suicide bombings in parts of Mosul using sleeper cells. It launched a wave of such attacks late on Sunday, trying to take control of a district west of the Old City, Hay al-Tanak, and the nearby Yarmuk neighborhood.

Assadi said an attempt by the militants to take over the neighborhoods had failed and they were now besieged in one or two pockets of Hay al-Tanak.

Security forces were searching the two neighborhoods house to house, as a curfew was still in force over parts of western Mosul, witnesses said.

Social media carried posts showing black smoke and reports that it came from houses and cars set alight by the militants. Some of the residents who had fled the fighting returned to areas where the curfew was partially lifted, witnesses said.

The authorities did not confirm a report on Mosul Eye, an anonymous blogger who supplied information on the city during the militants' rule, that 12 civilians had been killed in the attacks.

The fall of Mosul would mark the end of the Iraqi half of the "caliphate", but Daesh still occupies large areas of both Iraq and Syria.

Daesh's Baghdadi had left the fighting in Mosul to local commanders and is assumed to be hiding in the Iraqi-Syrian border area. There has been no confirmation of Russian reports over the past days that he has been killed.

In Syria, the insurgents' "capital" Raqqa, is nearly encircled by a US-backed, Kurdish-led coalition.