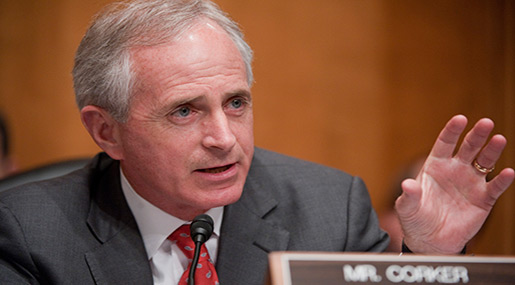 An influential US senator said he will withhold consent for arms sales to Gulf Arab states until there is a "path forward" to resolving the Qatar crisis. 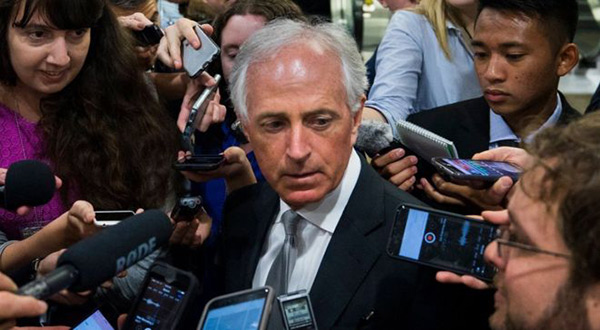 Bob Corker, the chairman of the Senate foreign relations committee, warned that efforts to fight the Wahhabi Daesh [Arabic acronym for "ISIS" / "ISIL"] and counter Iran were being hurt.

They accused Qatar of aiding terrorist groups - charges it denied.

On Friday, the emirate was presented with a 13-point list of demands to end the crisis that included shutting down the al-Jazeera news network, cutting ties to the Muslim Brotherhood, and curbing diplomatic relations with Iran.

A government spokesman in Doha said the list confirmed that "the illegal blockade has nothing to do with combating terrorism - it is about limiting Qatar's sovereignty, and outsourcing our foreign policy".

The restrictions had caused turmoil in the oil- and gas-rich nation, which is dependent on imports to meet the basic needs of its population of 2.7 million.

President Donald Trump initially expressed his support for the actions taken against Qatar despite it hosting the largest US military base in the Middle East.

But his Secretary of State, Rex Tillerson, acknowledged on Sunday that some of the demands issued by its neighbors would "be very difficult to meet" and called for "dialogue leading to resolution".

In a letter sent to Tillerson on Monday, Corker said he had been pleased with Trump's recent trip to Saudi Arabia, where he attended a summit of the Gulf Co-operation Council.

The Republican noted that the president had agreed with the GCC's six member states, including Qatar, to "ease regional conflicts" and establish "deeper security co-operation".

"Unfortunately, the GCC did not take advantage of the summit and instead chose to devolve into conflict," he added.

"All countries in the region need to do more to combat terrorism, but recent disputes among the GCC countries only serve to hurt efforts to fight [‘ISIS'] and counter Iran."

"For these reasons, before we provide any further clearances during the informal review period on sales of lethal military equipment to the GCC states, we need a better understanding of the path to resolve the current dispute and reunify the GCC."

Under US law, Congress must be formally notified 30 days before the sale of any weapons to foreign governments, giving lawmakers time to block it if they object.

Last month, a resolution seeking to stop the sale of about $500m [£393m] of precision-guided munitions to Saudi Arabia for use in its aggression on Yemen conflict - part of a $110bn [£86bn] arms deal negotiated by Trump in Riyadh - was only narrowly defeated in the Senate by 53 votes to 47.