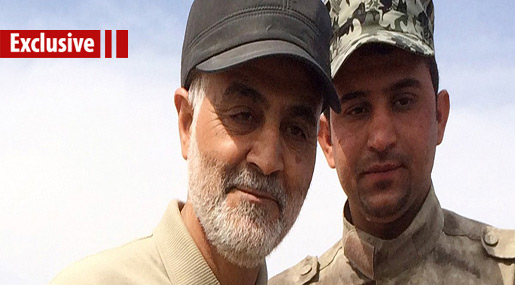 Iraq has always been central to Washington's pursuit of the ‘new Middle East'. 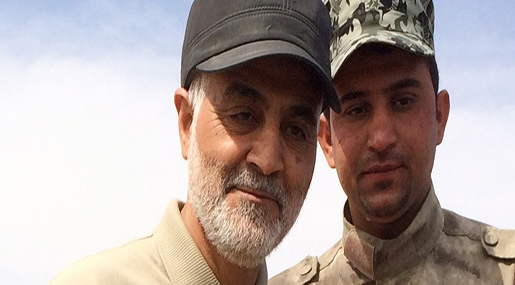 In a frantic search for alternatives, following the realization that the toppling of the Damascus government was no longer a realistic objective, Iraq has become even more important. Washington desperately needs to cut Iran off from Syria, and the road from Tehran to Damascus runs through Baghdad.

Speculation over the future of Iraq is coming into sharper focus with the approaching demise of the Daesh [Arabic acronym for "ISIS" / "ISIL"] terror group.

The most advanced terrorist organization in history has played its part in reshaping the region. Now, the time has come to build the ‘new Middle East' out of the ashes.

In this context, one of the more commonly asked questions is whether Iraq can be preserved as a unified state, or what Baghdad's future foreign policy will look like.

In an effort to answer such questions, analysts are increasingly looking at Iraq as a battleground between the US and Iran - the two countries that wield the most influence among Baghdad's political elites and Iraq's military formations.

Fulfilling a campaign promise, Barack Obama pulled US troops out of Iraq in 2011. But the Americans made sure to leave behind a country devastated, and divided along sectarian lines. What's more, Washington essentially set the stage for the creation of an entity that would morph into one that more resembles a state than a conventional terror group.

Thanks to Daesh, the Americans were quickly back in Iraq. By 2014, the number of US forces began to rise rapidly, currently estimated to be at just over 5,000 soldiers.

With billions invested in the sideshow operation against Daesh, the Americans needed boots on the ground in order to be able to exert their influence. Without military bases on Iraqi soil, Washington would be unable to challenge the Iranian-backed Popular Mobilization Units (PMU). These are better armed, trained and more motivated than any of the regular army formations, which are propped up by the US.

Naturally, after saving Baghdad from falling into the hands of Daesh, Tehran cannot afford to be indifferent about US regional ambitions, which are compatible with regimes supportive of terrorist groups, namely Riyadh and Tel Aviv.

The Iranians are equally mindful of agendas seeking to sever the resistance axis, which runs from Tehran to the Mediterranean.

These schemes also involve the possible opening of a new front in Syria's remote southeastern desert, near the borders with Iraq and Jordan.

Earlier this week, the Pentagon ordered US fighter jets to strike a pro-Damascus militia heading towards the border town of al-Tanf. The attack comes just days after satellite images exposed a major US-Jordanian military build up along the border.

In fact, eastern Syria is a key strategic point in Damascus' struggle to regain lost territory and keep an open frontier with Iraq and, by extension, toward Iran.

This is one of the main reasons why the Syrians and their allies have fought so hard to defend the biggest city in the east, Deir ez-Zor, which has recently come under a fresh wave of attacks, as the battles for Mosul and Raqqa have intensified.

Aside from American operations in Syria, Iran's national security interests are threatened by pressures on Baghdad, and the prospects of US military bases right on the country's doorstep.

The Trump administration has already started courting Iraqi Premier Haidar al-Abadi. Washington is lobbying for the Iraqi leader to sign off on a permanent American military presence in his country, as well as the construction of additional US bases.

According to Sheikh Qais al-Khazali, who heads the League of the Righteous - a faction under the PMU umbrella - "The US aims to strengthen its influence in the areas west of Iraq and east of Syria and to start the partition project."

Al-Abadi is reportedly being pushed into a treaty that resembles the so-called ‘bilateral security agreement' between the US and Afghanistan, which permitted nearly 10,000 American troops to remain in that country, after the international combat mission formally ended in 2014.

The American initiative, designed to undermine Iran's regional influence, also calls for bringing Baghdad closer to the government in Riyadh.

Political scientist Mohammed Naanaa believes that this puts al-Abadi in an awkward position.

"Abadi will try to convince Iraq's Shiite parties that he has taken the position of mediator between Saudi Arabia and Iran to maintain American support, which is the role he can actually play. Abadi cannot afford to turn his back on Tehran or lose US support," Naanaa said.

Tehran recently appointed a new envoy to Baghdad. Iraj Masjedi is a brigadier general from Iran's Revolutionary Guards, and had previously worked as an adviser for the Quds Force commander, Qassem Soleimani.

Upon taking up his post, Masjedi stated, "Iran wants an advanced, powerful, secure and unified Iraq."

Meanwhile, General Soleimani reportedly applauded the appointment of Moustafa al-Kazemi as the head of the Iraqi National Intelligence Service (INIS), during the summer of last year.

Al-Kazemi is widely seen as an ally of Tehran, and his rise to the top of Iraq's intelligence apparatus is appreciated significantly more by the Iranians than the Americans.

While the US remains obsessed with shaping the Iraqi army in a way that adheres to its aspirations, Iranian cooperation with Baghdad revolves primarily around the PMU - modeled on the Revolutionary Guards, and now an official component of Iraq's security forces.

Following the PMU's successes on the battlefield, the military formation has gained the status of both a respected and feared adversary. It now has the potential to be transformed into a major political force in a country that it helped to liberate.

For the Iranians, whose two main strategic objectives in Iraq include keeping American troops away from the Iranian border and defending Shiite bastions like Najaf and Karbala, this is a very welcome outcome in the battle against Daesh.

What happens to Iraq?

Amid joy and relief over the imminent defeat of Daesh, Iraqis are increasingly anxious over what the future holds.

The defeat of Daesh in Mosul in no way spells the end of Wahabi-fueled terrorism across Iraq, and American efforts to undercut Tehran's alliance with Baghdad can only spell more trouble.

Although the US is likely to attempt to expand its military presence across western Iraq and eastern Syria in the hope of pressuring the resistance axis, this is unlikely to threaten the future of the Iraqi state.

Instead, Washington reserves the option of manipulating the Kurdish issue. If Erbil gets the green light from the Americans to secede from Iraq, Baghdad can do absolutely nothing to stop it.

As such, Abadi has to walk a fine line, fostering good relations with the Trump White House, while maintaining the strategic partnership with Tehran. And if that wasn't tough enough, the Iraqis will also be expected to normalize ties with the Saudis, the puppet masters behind Daesh.