Hizbullah Secretary General His Eminence Sayyed Hassan Nasrallah announced Sunday that the resistance supports and welcomes any ceasefire in Syria. 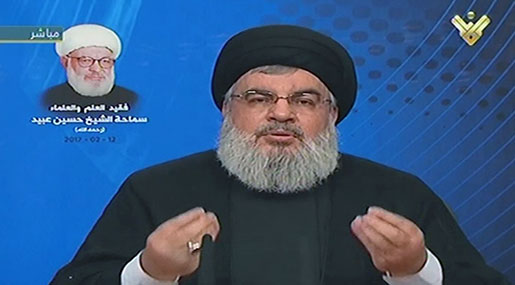 In a speech commemorating the late Hizbullah Central Council official, Sheikh Hussein Obeid, His Eminence highlighted that his party backs any ceasefire agreement in Syria because it's with any measure that ends the bloodshed and gives an opportunity to political solutions and national reconciliations.

He further denounced some Arab media outlets that have been falsely accusing Hizbullah of rejecting Syria ceasefire concluded in Astana talks.

In this context, His Eminence said: "Hizbullah and Iran support the ceasefire, the reconciliation, and the political settlement in Syria, while some Arab states are still backing the military option."
"We are keen on addressing some pressing humanitarian crises, on top of which is that of Foua, Kafraya, Madaya and other towns," Sayyed Nasrallah stated.

"Let Muslim, Arab and independent delegations visit Syria to verify that there are no demographic changes... These lies are aimed at sectarian incitement," the Resistance Leader cautioned.

In parallel, he pointed out that "Aleppo's victory greatly contributed greatly to the reconciliations and political settlements in Syria."

According to His Eminence, the recent military victories have turned vast areas of Syria into safe regions.

"The whole world came after six years of fighting, to confront the sides that we started to," he added, noting that "the path in Syria took another turn thanks to the steadfastness of the Syrian leadership, the Syrian army and the people and all those who refused to submit to the Takfiri terrorism."

Moving to the Lebanese front from the Syrian one, Sayyed Nasrallah stressed that "The file of Syrian refugees is not a sectarian file but rather a file that is putting pressure on Lebanon."

Moreover, he urged the Lebanese to carry their responsibility and to deal with the issue of refugees in a humanitarian manner, regardless of fears or political affiliations. "Should we keep begging for international aid or should we cooperate to return most refugees to their towns, villages, cities and homes?" His Eminence wondered.

On this level, Sayyed Nasrallah elaborated: "We will be told that these people fear to return out of concern over the regime's vengeance and I tell them that they can go to Syria to live in security and safety."

As he called for cooperation toward repatriating Syrian refugees back to their homeland, His Eminence urged the Lebanese government to send a delegation that would evaluate the outcome of reconciliations in Syria.

"It is the responsibility of the Lebanese government and Lebanese political forces to convince these refugees to accept to go back to their cities and villages in Syria," Sayyed Nasrallah emphasized.

In addition he announced Hizbullah's readiness to "serve the Lebanese state" and contact the Syrian authorities on the matter."

"It's our duty to deal with the case of the refugees in a humanitarian, rather than political manner," he said.

On another aspect, Sayyed Nasrallah tackled the Lebanese electoral law, reiterating Hizbullah's support for a new electoral law based on proportionality.

"All sides are talking about a fair electoral law that allows all sides to represent in the Parliament and doesn't eliminate anyone," he highlighted.

He further expressed Hizbullah's support for proportionality because it's keen to preserve the rights of all sects, parties and minorities.

His Eminence went on to say that the current 1960 majoritarian vote law is equal to a cancellation system.

"We have a serious desire to block any new extension and to hold elections on time," Sayyed Nasrallah declared, noting that the winner-takes-all electoral system is an exclusionary law and proportional representation does not eliminate the Druze community or the Future party.

"I say that proportional representation does not eliminate the Druze community, the Progressive Social Party or the Future, it rather reflects the true political weight of each party."

His Eminence warned against wasting more time in talks over the electoral system.
"Stop wasting time. We should not shut the door. If we reached the deadline, we will be moving into the unknown," he said, repeating Hizbullah's openness to dialogue.

On the security level, particularly with respect to the Bekaa region, Sayyed Nasrallah renewed the call again to the Lebanese state to effectively hold its responsibility for the security situation in the Bekaa.

He also called on the Lebanese Army and the security services to deal with the security problems in the Bekaa within the limits of the law, adding that "security is not only the responsibility of the state only but it is a social responsibility also."

"The matter doesn't only relate to security but targets the dignity of the people," His Eminence said.

He praised cooperation between security agencies and the Lebanese Army, calling on the public to avoid moves that would put stability at risk.

"Stability is a bless which the Lebanese must hold and do not waste," he said.

"Instead of taxes, end embezzlement, corruption, wasting money and unauthorized spending," he said, noting that a courageous political decision should be taken to cut down unnecessary spending.

Commenting on the new threats posed by the new US President, Donald Trump, Sayyed Nasrallah undermined the impact of the new administration on the region.

"Trump merely set aside hypocrisy and revealed the true and ugly face of the unjust, criminal and racist US administration," he stated, pointing out that Hizbullah is not worried, but optimistic, for [he] who is residing in the White House is a fool.

His Eminence also said "this is the beginning of our relief. The victory that has been achieved in 1985, in 2000 and 2006 and is being scored in Syria and Iraq will be achieved in Yemen."

"Neither Trump nor George W. Bush and all those racists will touchthe courage, the will or the faith of a child of our children as well as our men and our elders." 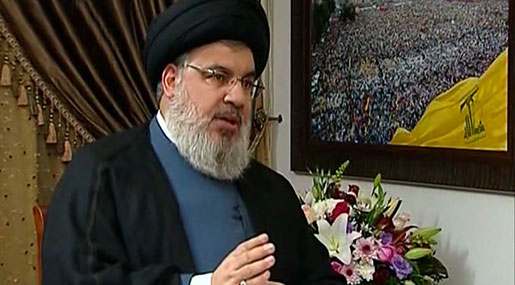 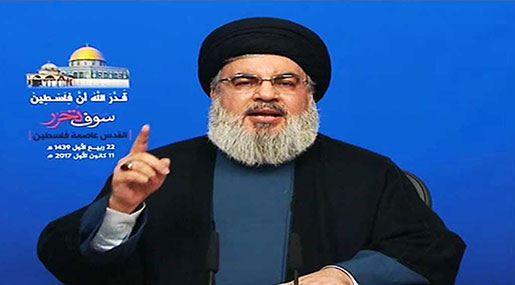 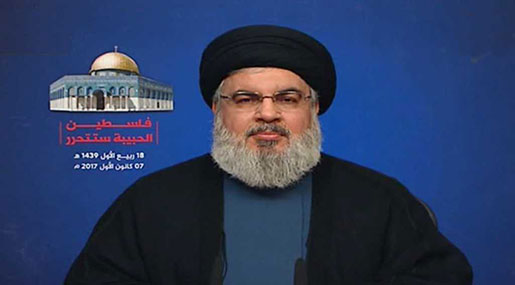 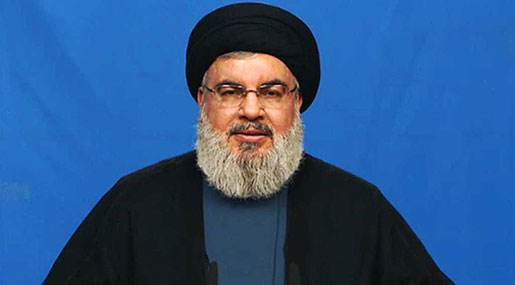