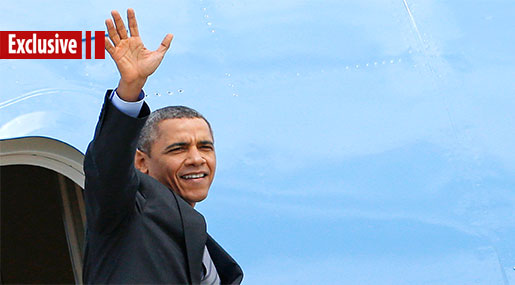 Following the wave of destruction bestowed upon the world by the George W. Bush/Dick Cheney duo, Barack Obama and Joe Biden swept into power on the promise that they would address the American people's desperate plea for ‘change'. 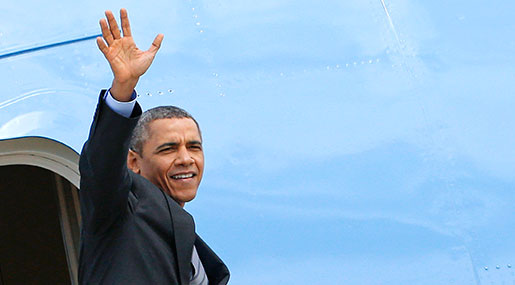 But despite securing a Nobel Peace Prize shortly after setting foot in the White House, Obama's eight years at the helm can be summed up - both in terms of domestic and foreign policy - as being even more destructive than those of his predecessors.

The Nobel Prize, much like everything else that has to do with Obama, was more about the expectations of those who were awarding it rather than the achievements of its recipient.

From democracy to plutocracy

Obama's biggest achievement on the domestic scene was undoubtedly his ability to transform American society from a democracy to a plutocracy.

It is important to note that despite the presence of plutocratic rule in the US for some time, it was the Obama administration that publicly adopted and cemented this phenomenon.

One example is Obama's approach to the US mortgage crisis, which sparked a worldwide economic meltdown in 2008. And while his administration cannot be blamed for initiating the crisis, Obama is guilty of failing to punish the perpetrators.

The progressive publication, The Huffington Post, generally supportive of the Obama administration, reported in 2011 that the US Department of Housing and Urban Development carried out ‘confidential' federal audits of all major American banks, including Bank of America, JPMorgan Chase, Citigroup, Wells Fargo, and Ally Financial.

The findings led to the conclusion that all of these financial giants had indeed managed to swindle the Federal Government of the United States.

But Obama's Justice Department refused to pursue, much less prosecute, a single individual involved in cheating the US taxpayers out of trillions of dollars.

In January 2012, while shielding Wall Street firms from prosecution, Obama declared that he had ordered the creation of a "special unit" to investigate mortgage fraud.

"This new unit will hold accountable those who broke the law, speed assistance to homeowners, and help turn the page on an era of recklessness that hurt so many Americans," Obama said in his address to the nation.

However, two years later, a report by the Inspector General of the US Department of Justice revealed that the whole thing was nothing more than a lie.

"DOJ did not uniformly ensure that mortgage fraud was prioritized at a level commensurate with its public statements. For example, the Federal Bureau of Investigation (FBI) Criminal Investigative Division ranked mortgage fraud as the lowest criminal threat in its lowest crime category. Additionally, we found mortgage fraud to be a low priority, or not [even] listed as a priority, for the FBI Field Offices we visited... many Assistant United States Attorneys (AUSA) informed us about underreporting and misclassification of mortgage fraud cases," the report stated.

In fact, one of the more interesting aspects of Obama's legacy is that he managed to record the lowest rate of white-collar crime prosecutions in US history.

Two pieces of information made public - much to the detriment of the Obama administration - help to explain the behavior of the US president.

The first is a 2009 secret meeting at the White House between the top executives of the bailed-out financial firms and Obama himself.

Citing an anonymous source, POLITICO reported that Obama told his guests, "My administration is the only thing between you and the pitchforks."

More importantly, revelations by the WikiLeaks dump of John Podesta's emails show that Citigroup decided much of the staffing for leading cabinet positions in the Obama administration.

Even before Obama was elected in 2008, the Wall Street bank submitted a list of its preferred candidates for cabinet positions, which corresponded almost exactly to the eventual composition of the Obama Administration.

Data released by Bloomberg further strengthens the argument that the US has been transformed into a plutocracy, showing that the richest 1% of Americans increased their earnings by as much in 93% in 2010. Meanwhile, the gap between the rich and poor grew to its highest level in four decades in 2011, even surpassing the recognized plutocracies of Uganda and Kazakhstan.

A recent report by Harvard and Princeton economists, Lawrence Katz and Alan Krueger, reveals that the proportion of American workers engaged in what they refer to as "alternative work" soared during the Obama era. Alternative, or "gig" work refers to temporary or freelance employment and is generally unsteady, without a fixed paycheck and with virtually no benefits.

Krueger, who served as the top White House economist under Obama said,
"we find that 94% of net job growth in the past decade was in the alternative work category... and over 60% was due to the [the rise] of independent contractors, freelancers and contract company workers."

In other words, the US government has been releasing ‘acceptable' unemployment figures by creating 10 million jobs that had noting to do with traditional nine-to-five employment.

As such, it becomes evident that Obama's so-called ‘economic recovery' has strictly benefited the richest 1% of Americans.

In terms of foreign policy, the biggest achievement of the Nobel Peace Prize Laureate was his ability to spend every single day of his eight-year mandate in a state of war.

During those eight years, Obama signed off on American military action in no less than seven countries.

He also drastically increased worldwide drone attacks, outdoing his predecessor George W. Bush, who used to refer to himself as the ‘war president'.

During 2016 alone, these attacks resulted in the deaths of hundreds of civilians in five different countries. The reason that this figure is not higher is because the Obama administration classified all men above the age of 18 as enemy combatants.

But these are just statistics for conflicts known to the public. American military clandestine units are currently involved in operations in 138 countries worldwide.

Aside from the destruction of Libya, Syria and Yemen, the Obama administration also forced the collapse of Ukraine. Then came the sanctions against Russia, turning Eastern Europe into a NATO military base, and eventually the expulsion of 35 Russian diplomats at a time when it became clear that Obama would be succeeded by a man that wants to improve relations with Moscow.

The administration also takes the lion's share of the blame for the sea of refugees that flooded Europe, most of whom came from the seven countries that Obama has attacked over the last eight years.

Obama's tenure also paved the way for the unprecedented expansion of US clandestine services, which started spying on both American and foreign citizens, including enemies and allies alike.

When this information was leaked to the public, not a single politician or intelligence operative was called to account. On the contrary, the Obama administration responded by declaring a war on whistleblowers and setting up the ‘Insider Threat Program,' which forces federal agency employees to spy on their colleagues.

During his farewell speech, Obama defended his legacy and, perhaps not surprisingly, steered clear of most of the aforementioned issues. But he did cite both the rapprochement with Cuba and the Iran nuclear deal as the central achievements of his administration.

These assertions are slightly more difficult to challenge. The deal hammered out between the P5+1 group of countries and Iranian officials in 2015 will go down in history as a major feat of diplomacy, which can never truly be shattered in its entirety by those who succeed Obama.

But perhaps Obama will be better remembered for overseeing an era of divisive, uncompromising and coercive policies that forced the transformation of the US political establishment - and hopefully real change.