The US and its allies could order their terrorist proxies in Aleppo to allow civilians to leave, but instead use them as hostages to escalate anti-Russia rhetoric in a bid to prevent the fall of the militant stronghold, Virginia Senator Richard Black told RT. 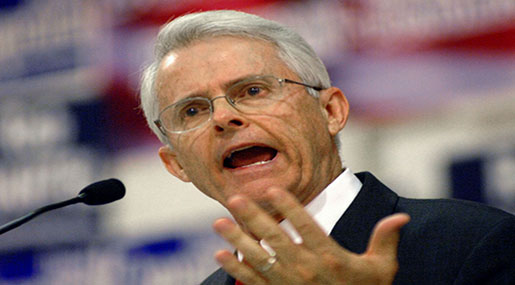 Black further elaborated in an interview conducted by RT, saying that the US and its allies have forbidden the civilians from leaving, using them as a human shield, because they know that it forces Syria and Russia to be much more cautious with the bombing.

"You know, the hyperbolic language used by Secretary Kerry is really outrageous, because the United Nations Office of Human Affairs announced that in the two weeks between September 23 and October 8, there have been about 406 civilians killed."

No one wants any civilians killed, but I've got to tell you, if you compare that to the American casualty figures during our invasion of Iraq, during that first year period, we killed approximately 100,000 civilians, Black added.

"So you're talking about 406 versus 100,000. Frankly, I don't know whether they taught arithmetic at Yale University, but Secretary Kerry, his rhetoric is terribly overblown."

"The combatants who are holding out in east Aleppo are financed and controlled by Saudi Arabia, Turkey, Qatar, and the United States. These powers have the ability to pressure the "rebels" to, say, get the civilians off the battlefield."

According to Black, Syria has allowed seven exit points, and made it very clear that they will care for, give medical attention, food, housing to all civilians who leave. It is what I call the axis power, the axis of evil - Turkey, Saudi Arabia, Qatar.

"These are the people who are holding the civilians as human hostages, so that they can force Syria and Russia to take additional casualties as they conquer this final pocket of "rebels" within Aleppo."