"Do you want total war? If necessary, do you want a war more total and radical than anything that we can even imagine today?" asked Germany's Minister of Propaganda, Joseph Goebbels, in one of his most famous speeches delivered on 18 February 1943. 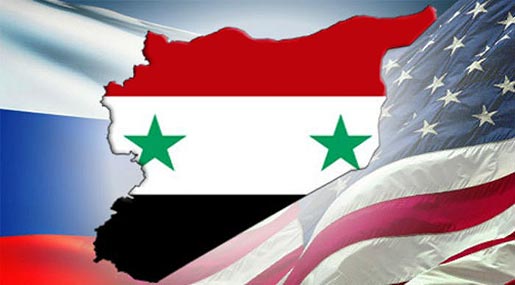 Goebbels's so-called ‘Sportpalast speech' came at a time when luck had started turning its back on Nazi Germany, with the Soviet liberation of Stalingrad taking place.

The high-ranking Nazi official called for decisive action, asserting that unless the Russians were defeated, Bolshevism would swallow Germany up, along with the whole of Europe.

Today, Moscow finds itself on the receiving end of similar rhetoric, now coming from the capitals of western powers, which - much like the Weimar Republic in 1943 - have come to the realization that the zenith of their military superiority has passed.

"The established world order is undergoing a foundational shake-up... war is almost guaranteed... we will stop you and we will beat you harder than you have ever been beaten before."

One can be forgiven for thinking that the quote above is a continuation of Goebbels's speech. However, it was the US Army's chief of staff, Gen. Mark A. Milley, who uttered those words.

Speaking earlier in October, Milley singled out "Russia, Iran, China, and North Korea" as countries hoping to defeat the US, warning that future warfare with a near-peer adversary will "be highly lethal, unlike anything our Army has experienced at least since World War II."

Ramping up the rhetoric against Moscow, US Secretary of State John Kerry called for a war crimes investigation into Russian and Syrian military operations in Aleppo.

"Russia and the [Syrian] regime owe the world more than an explanation about why they keep hitting hospitals and medical facilities, and children and women," Kerry told reporters, adding that, "these are acts that beg for an appropriate investigation of war crimes."

Aside from the undiplomatic choice of words by the US Secretary of State to describe his Russian counterparts as ‘war criminals', Kerry's comments serve another purpose.

From a historical standpoint, war crimes trials are generally reserved for American adversaries that lose the war. As such, Kerry is not only implying that a direct military confrontation with the Russians is on the cards, but he is also alluding to an American victory.

The Cuban Missile Crisis at the height of the Cold War brought the world to the brink of a nuclear holocaust, marking the lowest point in relations between Moscow and Washington. But even in 1962, when the USSR was referred to as the ‘evil empire' in the US, western officials refrained from calling for their counterparts in the Kremlin to stand trial for war crimes.

The director at The Crisis Research Institute, Mark Almond, believes that, "we have passed the stage of the initiation of the new Cold War. We are now actually in some ways in the atmosphere before the First World War."

In late September, US State Department spokesman John Kirby suggested that if the Russian/Syrian offensive against militants continued, Moscow "will continue to send troops home in body bags, and... to lose resources, perhaps even aircraft."

A senior expert at the Russian Institute for Strategic Studies, Sergei Ermakov, points out that, "Washington did not allow itself to make such frank statements even during the Cold War. Factually, behind Kirby's words is a direct threat."

Anything and everything to do with the war in Syria is focused on the battle for Aleppo - more specifically on the eastern militant-controlled part of the city.

This city is Syria's Stalingrad and the outcome of the battle in Aleppo will be the most significant factor in determining how the rest of the war unfolds.

This explains why the west is becoming increasingly anxious and is willing to use all of its recourses to prevent the liberation of the terrorist bastion.

The mainstream media's hysteria about civilian casualties, which makes no mention of the Nusra Front's stranglehold on eastern Aleppo or the group's attacks on the western half of the city, is helping to turn the tide towards western military intervention in Syria.

The war hawks are all weighing in, including former US National Security Advisor Zbigniew Brzezinski, who wrote: "To halt the relentless attacks on the innocent in Aleppo, available US power should assert its capabilities."

So What Does This Mean Exactly?

According to Syrian President Bashar al-Assad, the conflict in Syria is part of Washington's primary goal to impose global hegemony.

"The whole issue is about keeping the hegemony of the Americans around the world, not allowing anyone to be a partner on the political or international arena, whether Russia or even their allies in the West," the Syrian leader told the Russian Komsomolskaya Pravda newspaper.

But the Russians have responded both diplomatically and militarily.

Aside from suspending a 16-year-old deal that called for reducing stockpiles of weapons-grade plutonium, the Kremlin added the S-300 surface-to-air missile defense system to the already deployed S-400 in Syria - effectively shutting down Syrian airspace for unfriendly aircraft.

Last week, Russian Defense Ministry spokesman Maj. Gen. Igor Konashenkov warned Washington that the range of the S-300 and S-400 missile defense systems would be a "surprise" to any country operating its aircraft over Syria.

"I would recommend to our colleagues in Washington to carefully weigh possible consequences," Konashenkov said, while adding that "dilettante illusions about stealth planes could collide with disappointing realities."

These measures have forced the Americans to choose between following through on their threats - that could result in another Cuban-style nuclear standoff with a different outcome - or accepting the demise of a unipolar world.

No one can say for sure which one Washington will choose.
A lot depends on whom the American people elect as their new president on November 8.

With Hillary Clinton in the White House and the right number of disgruntled neocons who would rather burn the whole world than accept the end of American ‘hegemony', a nuclear Armageddon is entirely plausible.