An elderly woman stood in defiance of the years that had weathered her increasingly frail body, her face red with rage amidst the rising smoke and the remains of her devastated house. She screamed at the top of her lungs, her voice uncompromisingly steadfast in delivering the incisive statement. 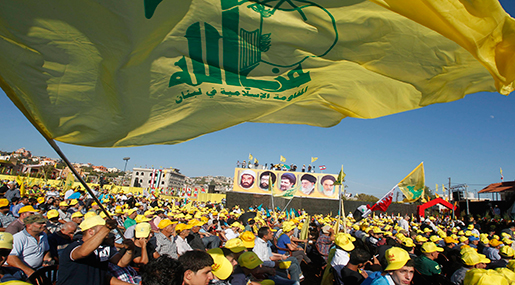 "Sayyed Hassan made the whole nation proud. My house is gone... my house in the village is also gone. It is [all] a sacrifice for the sake of the resistance."

Kemle Samhat has passed on since her words in the wake of "Israel's" 34-day aggression on Lebanon in 2006, but they live on nonetheless, resonating with relevance 10 years later. What's more, they have in many ways come to define the narrative that has shaped the conflict and its aftermath.

The brutal "Israeli" offensive devastated Lebanon's population and infrastructure, and yet the suffering imparted must be understood in the context of the relationship between sacrifice and victory.

A decade later, we commemorate a triumph of a war that, in fact, never ended. Its flames rage on in Syria, fanned by the victory that Hizbullah inflicted upon its Zionist foe, and that irrevocably altered "Israeli" strategy and geopolitical regional realities.

Away from all the mythology and talk of divine intervention, Israel's inability to achieve any of its stated military objectives during its attack on Lebanon in the summer of 2006 put a serious dent in the Anglo-American-"Israeli" "military roadmap" for the region, which came to be known as the "New Middle East".

The new regional geopolitical realities that emerged - thanks in no small part to Hizbullah's victory in 2006, as well as the resistance movement's present-day role in Syria - forced both Washington and Tel Aviv to give up their quest for regional dominance and settle for mere influence.

"The rules of the game have changed and the "Israelis" no longer have the upper hand," said Omar Nashabe, a Beirut-based journalist, who writes for the Al-Akhbar newspaper.

Many taxpayers in "Israel" have become a lot more critical of the performance of their armed forces, seemingly having a tough time understanding why a military with an annual budget of around $8 billion lost a war against a far smaller and less technologically advanced opponent like Hizbullah.

Nashabe believes that, "the "Israelis" are now on the defensive following a string of defeats."

A new five-year plan designed to ‘reform' the "Israeli" military suggests that Nashabe is right on the money.

The architect of this plan, Gadi Eisenkot - chief of staff of the "Israeli" military since February 2015 - is promising to cut 5,000 men from a 45,000-strong officer corps, as well as remove tens of thousands of soldiers from the military's reserve units.

Eisenkot is allocating millions of dollars to "Israel's" cyber warfare and intelligence units. But what is perhaps most interesting is the decision to refocus the "Israeli" army's training on countering guerilla-style opponents. Tel Aviv is updating the structure of its ground forces, which includes the revision of operational plans for ‘defending' "Israel's" borders. Only elite commando units are being primed for offensive action.

The planned reforms due to go into effect by 2017 appear to be a direct response to statements made by Hizbullah's Secretary General, Sayyed Hassan Nasrallah.

Earlier this year, Sayyed Nasrallah pledged to up the ante in any future war with the "Israelis", warning that Hizbullah would invade the northern "Israeli" region of Galilee. In the event of any new "Israeli" attack, Hizbullah has also threatened to retaliate by striking "Israeli" nuclear sites and firing rockets at chemical storage tanks in Haifa, which houses much of "Israel's" heavy industry.

The "Israelis" have good reason to worry.

In 2006, Hizbullah launched an estimated 4,200 missiles and rockets at targets in "Israel." Today, the resistance group has reportedly amassed between 100,000 and 150,000 projectiles that are even more advanced.

In fact, since 2006, Hizbullah has morphed into a regional superpower, fighting foreign-backed militant groups on multiple fronts. Its commanders have emerged from battlefields in Syria and Iraq with invaluable combat experience, effectively transforming Lebanon into a death trap for any potential "Israeli" military incursion.

For the "Israeli" armed forces - which often put the Zionist PR machine to great use, portraying Hizbullah as being bogged down in the "Syria quagmire" - Hizbullah's regional successes couldn't come at a worse time.

Today the whole of "Israel" is living on former ‘glory' - for lack of a better term for decades of despicable war crimes. "Israel" has never been more polarized both politically and socially. Its economy is in disarray, it faces growing international isolation and the Netanyahu government is resorting to increasingly authoritarian means to stifle political opponents.

In his quest for power, Netanyahu is now playing on - if not fueling - domestic divisions between the Mizrahim/Zionist radical, far-right and the more ‘secular' left leaning liberals.

The polarization has also infected the "Israeli" military.

In May of this year, Eisenkot's deputy, Major General Yari Golan slammed the far-right comparing contemporary "Israel" to Nazi Germany. He claimed to recognize some similarities between what is happening in "Israel" today and "the revolting processes that occurred in Europe in general, and particularly in Germany... 70, 80, 90 years ago."

The ten-year commemoration of "Israel's" attack on Lebanon paved the way for fresh speculation over the possibility of ‘2006 war 2.0'. But if the transformations of both Hizbullah and "Israel" over the course of the past decade are anything to go by, there will never be ‘another 2006 war'.

A military confrontation between these foes is always possible - and ongoing along Syria's frontlines - but the current conditions in the region, Hizbullah's exponential growth and "Israel's" internal problems will continue to serve as deterrents for an all-out war for the foreseeable future.