US President Barack Obama and former secretary of state Hillary Clinton "founded" Daesh [the Arabic acronym of the terrorist "ISIS" group] in the Middle East region, according to Republican presidential nominee Donald Trump. 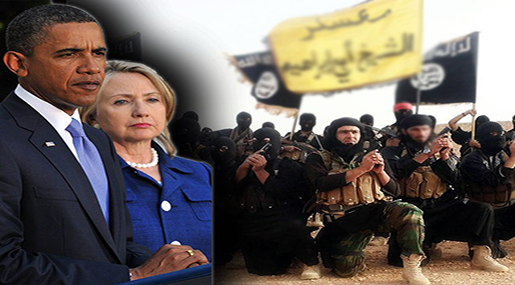 "I would say the co-founder would be ‘Crooked' Hillary Clinton," Trump added.

He further went on to criticize Obama's decision to withdraw American military forces from Iraq and leaving behind a void for Daesh terrorists to fill.

"We should never have gotten out the way we got out," he said. "We unleashed terrible fury all over the Middle East."

"Instead of allowing some small forces behind to maybe, just maybe, keep it under control, we pulled it out," he continued.

Daesh terrorists, many of whom were initially trained by the CIA in Jordan in 2012 to destabilize the Syrian government, still control parts of Iraq and Syria. They have been engaged in crimes against humanity in areas under their control.

They have been carrying out horrific acts of violence such as public decapitations and crucifixions against all communities, including Shia and Sunni Muslims, Kurds, and Christians.

In a separate statement last week, Mike Pence, Trump's vice presidential candidate, also said that the policies of Obama and Clinton led to the rise of Daesh.