"Israel" is at a crossroads. This is not the analytical point of view from anyone in the axis of resistance...or its supporters. It is not a report from those that are unfamiliar with the actual situation in the "Israeli" entity. But it is rather a cry launched by ["Israeli"] President Reuven Rivlin during the Herzliya Conference, a repetition of a similar warning during the course of the past year. 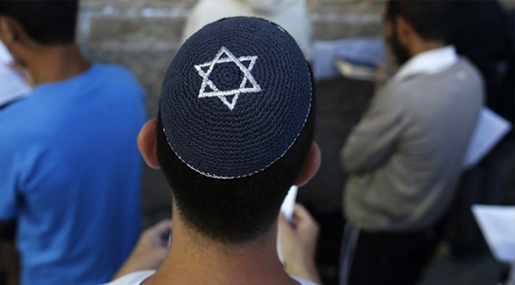 Indeed, his tone and the logic upon which he based his speech were overwhelmed by pessimism, even though he stressed that it was possible to avoid the worst-case scenario if a deliberate plan with a specified target was introduced.

What is the data that the "President" of the "Israeli" entity relied on, and what are the prospects and repercussions of this path, which he feared?

Analysts and those who follow "Israeli" affairs are accustomed to focusing their approaches on the political and security situations. But the domestic political scene in "Israel" has now become the focus of that analysis.

In "Israel" there is a parallel movement no less important, even though it does not receive the attention of many in the outside world, but it substantially affects "Israel's" future especially since it affects the national immunity and economic and social realities of the entity.

Talking about ethnic, religious, and ideological diversity in "Israeli" society may not be new. But this situation has persisted in "Israeli" society since the beginning of its formation and transformation into a ‘state'. The origins of the changes taking place in "Israel" revolve around this fact, but with a unique addition that changed every equation inside "Israel."


Previously, secularists dominated the political and social reality in "Israel," reflected in all [of the entity's] political, security and judicial institutions and even the social and economic spheres.

In addition to the majority, there were minorities, represented by the Zionist Religious party, the Haredi Judaism party [ultra-Orthodox], and of course, along with the Palestinian minority that remained in "Israel" since its declaration of independence in 1948. Based on this background, there was no sense of threat to the social reality in "Israel."

What is new now, according to Rivlin is that a "new order" is being formed in "Israel." He stresses that it is not in anticipation of the future but is a reality "Israel" is living, better reflected in the selection of first year students within the "Israeli" education system.

The ["Israeli"] "President" cited official and accurate statistics, concluding that about 38% of the students are secular, nearly 15% are religious Zionists, and about 25% are Palestinian students, with roughly the same number of ultra-orthodox religious people [religious Haredis].

As a result of this formation, it seems clear that in Israel there is no longer a clear majority and a clear minority, but a reality that is composed - according to the "Israeli" "president" - of "four tribes" similar in terms of size.

However, a problem emerges in that the bulk of this diversity exists within the Jewish community, making them the clear majority and decisive with respect to the Palestinians, and this is true. But this diversity has its repercussions on the social and economic reality and this was the reason for the cry and warnings of the ["Israeli"] "President" and the recent Herzliya Conference. This issue was the central focus of the meetings in an attempt to look for solutions to avoid the worst-case scenario, which worries the "Israeli" leaders.

First of all, it should be emphasized that this diversity is one of the fundamental contributions to the right wing's domination of the political arena. This is because the Zionist and Haredi [ultra-Orthodox] parties are automatically part of the right-wing camp. Added on top comes the hard core from the secular right wing, which leads to the preponderance of the right in the elections. In addition, the bulk of the changes in the polls are largely the result of shifts within the right-wing camp itself, from this party to that.

Furthermore, it should be recalled that the recruitment of the army does not include "the Palestinian sector", which is understandable... also the sons of the Haredi party reject enlistment in the army for ideological and "legitimate" reasons. Attempts - under the banner of equality in bearing the burden of responsibility, through the enactment of a law - to impose conscription on them failed.

Coalition accounts imposed on Netanyahu were designed to undo this law. The Haredi parties did not agree to join the government before the decision to re-amend the [conscription] law and that is what happened...

Given the percentages of the ultra-Orthodox and the Palestinian [who hold "Israeli" citizenship] sectors, it is clear that half the population of the "Israeli" entity will not enlist in the army after several years...

Also, the most important implications of this social reality are connected to "Israel's" economic future. This is what the ["Israeli"] President has repeatedly warned about, "if we do not reduce the existing gaps between the ratios of involvement in the labor market and the levels of wage for the Arab and Haredi groups which are expected to represent half the workforce in the future,
"Israel" cannot maintain being a nation with an advanced economy, but the harsh and painful pandemic of poverty will increase, which has already hit the "Israeli" entity and is spreading."

In light of the above, the clear fact is that "Israel" is now positioned at a historic juncture, on the social level, and according to Rivlin, it stands at a "crossroads" that will determine its current options and social, economic and political future...