US Secretary of State John Kerry on Friday announced he would hold talks on the war in Syria with his Russian counterpart Sergey Lavrov on the sidelines of a regional summit next week in Laos. 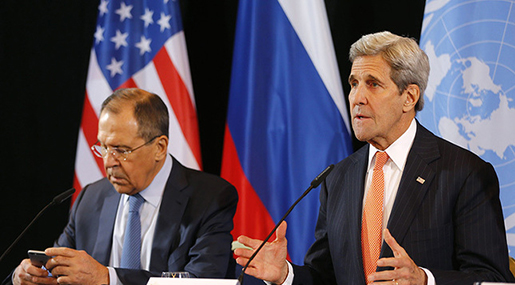 "I think our next meeting will be on the side of the meeting in Asia. I'll see him in Laos," Kerry told reporters in Vienna.

Kerry will attend the annual meeting of the Association of Southeast Asian Nations [ASEAN] in Vientiane with top diplomats from Russia and China also flying in to the communist nation from Sunday.

Meanwhile, multiple rounds of international negotiations to end the war, which erupted in 2011, have so far failed.