France and the UK have called for calm in an angry row between Saudi Arabia and the UN but have kept silent on each side's misconduct in dropping Riyadh from a blacklist of children's rights violators. 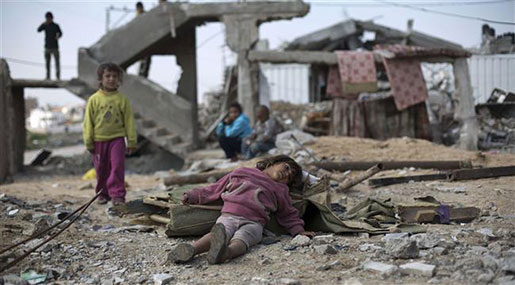 Both Saudi Arabia and the UN have come under criticism after United Nations chief Ban Ki-moon admitted on Thursday that he removed the kingdom from the blacklist under "undue pressure."

"We have to do everything to appease the situation," French Foreign Minister Jean-Marc Ayrault said Friday, refusing to take any sides in the dispute.

"France is always there when it comes to safeguarding the UN's capacity to take action," he added, without specifying what those actions were.

The United Nations blacklisted Saudi Arabia after concluding in a report released last week that it was responsible for 60 percent of the 785 deaths of children in Yemen last year.

But in an embarrassing climb-down, the world body announced on Monday that Saudi Arabia would be scratched from the list of shame pending a joint review with the kingdom.

"This was one of the most painful and difficult decisions I have had to make," Ban said.

One senior UN official described Ban's choice as between the "plague and cholera" but human rights groups accused the UN chief of caving to pressure from powerful countries and said he risked harming his UN legacy.

The United States backed Ban's remarks and said the UN chief had invited the Saudis and its allies to discuss the report in New York on June 17.

British Ambassador Matthew Rycroft also tried to gloss over the situation, saying he welcomed "the fact that the secretary-general and Saudi Arabia have reached agreement on an analysis of the cases in the report."

The 15-member council has not intervened in the controversy. It did not get involved last year when the occupying regime of Israel was left off the blacklist after being included in an earlier draft.

Ban took a veiled swipe at the council on Thursday.

"When UN reports come under fire for raising difficult issues or documenting violations of law or human rights, member states should defend the mechanisms and mandates that they themselves have established," he said.

According to some diplomats, the UN chief was subjected to "bullying, threats, and pressure" and "real blackmail."