A little girl clinches a bottle of cooking oil as if it were her favorite toy. Hers and other families in a suburb of Sana'a scramble to grab hold of their allocation of food supplies distributed by the Yemen Organization for Humanitarian Relief and Development [MONA], one of the last remaining NGOs operating in war-torn Yemen. 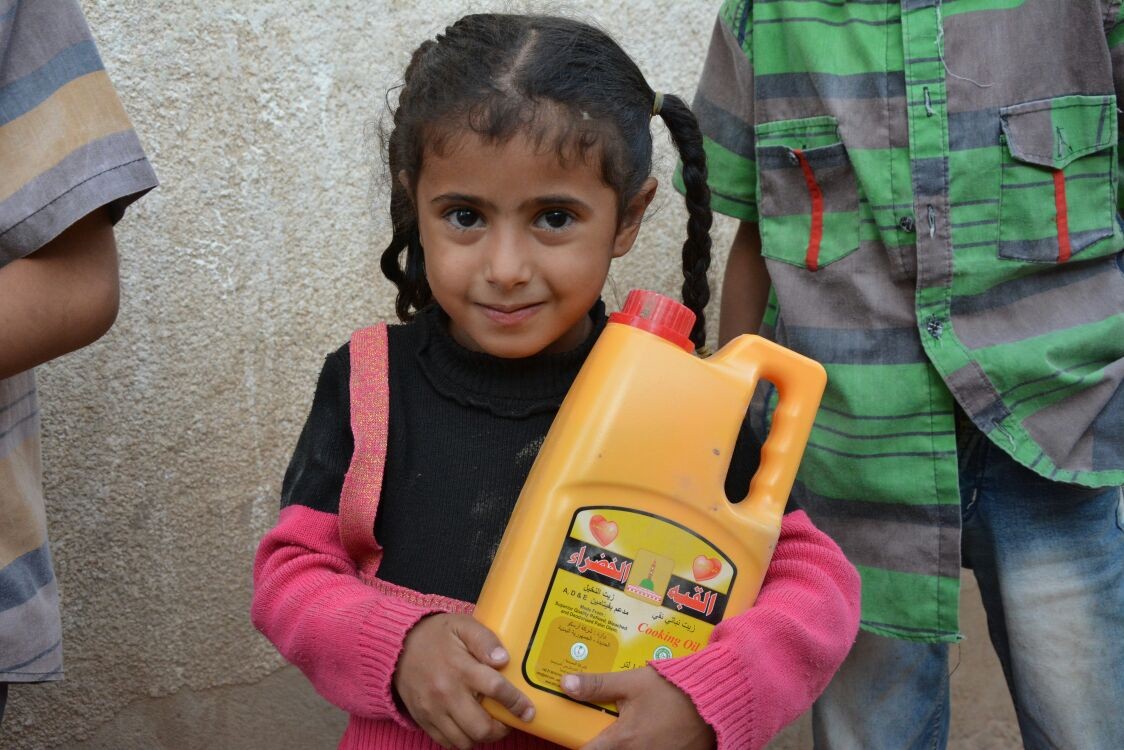 Young boys hold onto sacks of rice and wheat and drag them across the yard to their houses, so they can be used in the preparation of the nightly Iftar meal. With the onset of the Holy Month of Ramadan, these children represent the very few of the fortunate ones.

Amid the relentless bombing campaign by the Saudi-led coalition which has dragged on for over a year now - claiming close to 10,000 lives - countless other families will spend their nights without the means to afford themselves this simplest of rituals.

To make matters worse, the already lackluster international condemnation of this slow-motion genocide hit a new low earlier this week when the United Nations reneged on its earlier decision and removed the Saudis and their allies from a children's rights blacklist.

MONA's co-founder Dr. Riaz Karim tells me that he is not surprised by the UN move.

"By removing the Saudi-led coalition from the blacklist for child deaths in Yemen, the United Nations has once again sold out its principles to the Saudi bloodlust," Dr. Karim stresses. 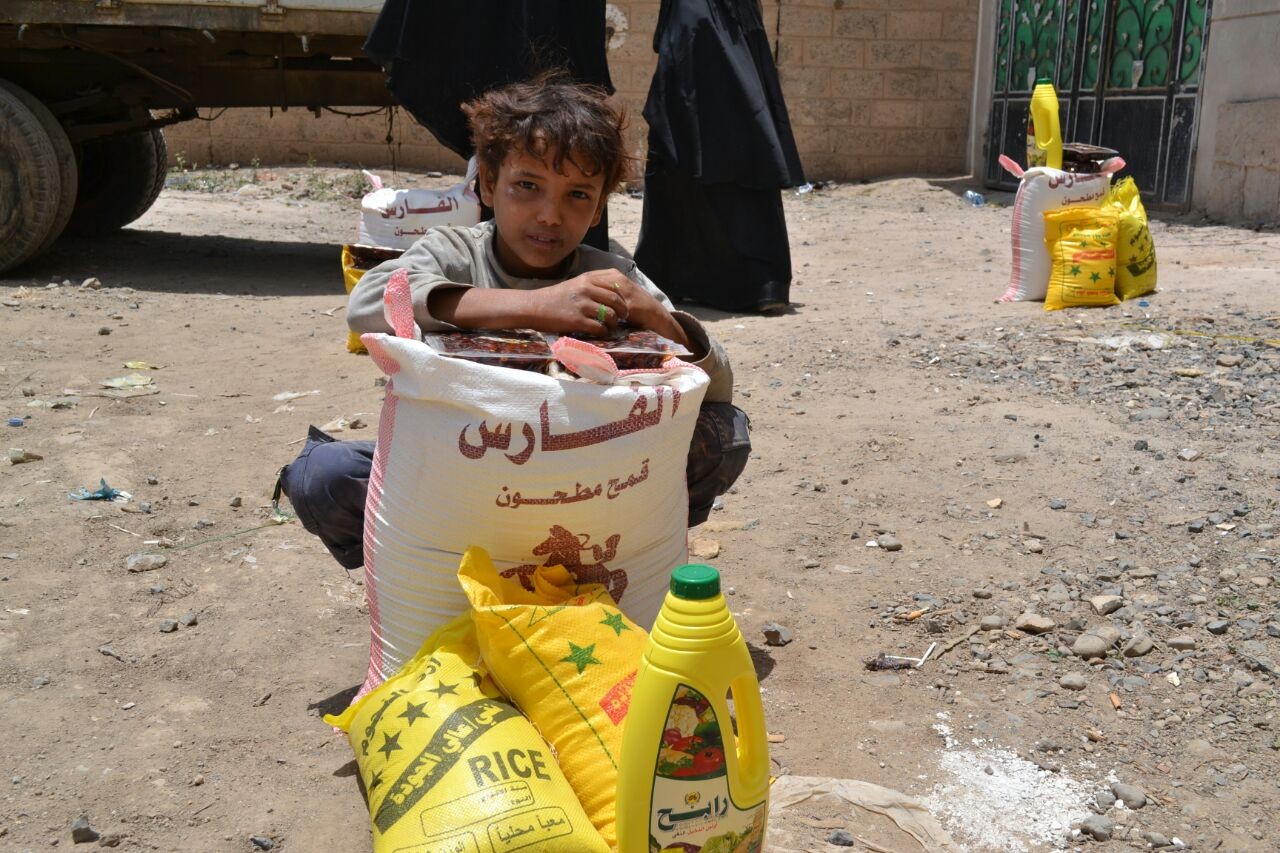 The decision to reprimand Saudi Arabia was taken after the UN report on children and armed conflict, which deemed that the country and its cohorts in the conflict were responsible for some 60 percent of all child deaths and injuries in Yemen.
According to UN figures, more than 510 children were killed by the Saudi-led campaign, and nearly 700 have been wounded. The report also accused the coalition of being behind half the attacks on schools and hospitals.

But Dr. Karim, whose organization operates in some of Yemen's worst hit areas, disputes those findings.

"The number of child deaths reported by the UN does not reflect the reality on the ground. Those children who die everyday due to a lack of food and medication are also part of the grand scheme of things. They are dying because of the blockade, which is also used as a weapon of war," he says.

Despite its ‘modest' assessment, the UN, which at best has a sketchy record in condemning rights violations in conflicts worldwide, was quickly forced to back paddle.

Speaking with Reuters on condition of anonymity, UN sources revealed how the international body was bombarded with calls from Arab foreign ministers, as well as ministers from the Organization of Islamic Cooperation, threatening to cut off funds for other UN programs, after the blacklisting was announced.

"Bullying, threats, pressure," is how one diplomatic source branded the lobbying campaign, adding that it was "real blackmail".

By June 9, UN Secretary General Ban Ki-moon explained that he was forced to forgive Saudi Arabia's atrocities against Yemen's children to secure funding for humanitarian missions elsewhere in the region.

Ban said that without the funds, "children already at risk in Palestine, South Sudan, Syria, Yemen and so many other places would fall further into despair."

The UN, which has kept "Israel" off the blacklist following the 2014 carnage in Gaza, has long since had a credibility problem, and is known for succumbing to brazen pressure from member states.

"The UN blacklisting showed that the degree of the crimes committed by the Saudi-led coalition could not be ignored anymore. It did not show that the UN has all of a sudden turned into an impartial, equitable player. If it had it would not have put whatever the Houthis had done on the same level and on the same table as what the Saudi and UAE military had done in Yemen," says the Zagreb-based independent geopolitical analyst, Navid Nasr.

The removal of the Saudi-led coalition from the black list quickly prompted angry reactions from human rights groups, which accused UN officials of "political manipulation."

"If the Saudi-led coalition wants to be removed from the list, it should stop killing and maiming children and bombing schools and hospitals in Yemen, the violations for which it was listed," the groups wrote in a letter earlier this week.

"I am sure that the Saudis were backed by the US and Great Britain and that is a lot of power. It just goes to show that the UN is a body that is clearly not objective and is easily influenced by the big power brokers and it can be manipulated by countries like Saudis Arabia to force them to retract what I think was a truthful report," says Corigen.

But the decision to remove Riyadh from the blacklist is not just about saving the estimated 150 million dollars in contributions to UN agencies from the US, UK and Persian Gulf Arab monarchies.

It is rather about the billions of dollars in arms deals, which were seriously jeopardized by the UN announcement declaring Saudi Arabia as a violator of children's rights.

According to the Leahy Law, the US Department of State and Department of Defense are prohibited from providing military assistance to foreign governments that are classified as human rights violators.

So, less than 48 hours after the UN was forced to remove Riyadh from its list of disrepute, the American multinational corporation Boeing announced that it would start delivering 24 US AH-6i Little Bird attack helicopters to the Saudis.

The helicopters can be armed with Hellfire missiles, rocket launchers, mini-guns, and machine guns.

The delivery makes up a small portion of the record 60 billion dollars in US military sales to Saudi Arabia since 2010.

Meanwhile, Great Britain has sold an estimated GBP 2.7 billion worth of weapons to the Saudis since Riyadh launched its attack on Yemen.

Each BL-755 bomb contains a cluster of 147 smaller explosives, which scatter over a wide area when dropped. Some do not explode until agitated by unsuspecting civilians and are often confused for toys by children.

The United Nations is not just powerless to uphold basic human rights of Yemen's civilian population, it is complicit in promoting much more sinister agendas.