Hizbullah Secretary General His Eminence Sayyed Hassan Nasrallah delivered a speech on the 16th anniversary of the "Liberation and Resistance Day". 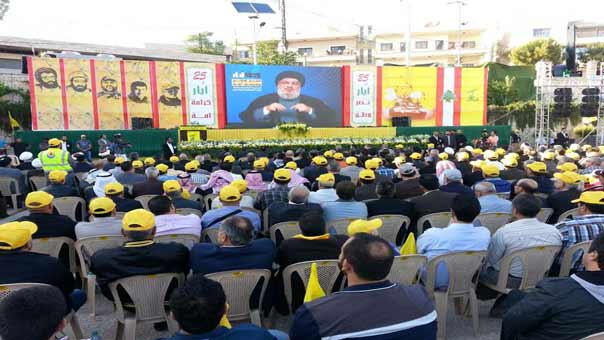 Addressing a huge crowd of people in Nabi Sheit, Sayyed Nasrallah congratulated the Lebanese people on this great occasion, on the historical divine victory resembled by the 2000 Resistance and Liberation Day."

"Today on the Resistance and Liberation Day we liked to come back to the town of former Secretary General, Martyr Sayyed Abbas al-Moussawi... We liked to mark this ceremony in the Bekaa land. Despite its geographical location, the Bekaa was always the frontline in our war against "Israel"... The Bekaa was and always will be loyal to the resistance," His Eminence said.

On the occasion, Sayyed Nasrallah explained that "We insist on commemorating this occasion every year because it provides evidence that we are live people and a nation that respects its present, history, culture, achievements as well as to the sacrifices of the martyrs. We commemorate this blessed day because it is not only a day of the utmost importance and uniqueness not only for ‪‎Lebanon‬ but for all free people of this world."

"We are proud of these achievements and we are to raise our children and grandchildren and all the coming generations on this culture" he added.

Calling on the Lebanese every year to approach this occasion as a national day and to deal with this victory as being the victory of them all, he thanked Lebanese Prime Minister Tamam Salam for making this day as a national holiday.

"On this day in Bint Jbeil in 2000, we offered this victory to the Lebanese and Palestinian people as well as to all free people in the world," His Eminence stated, pointing out that "we insist on marking this holiday due to its cultural value more than its political or military value."

In parallel, he called on the Lebanese who are still overlooking this day and disregarding its importance to put their partisanship and the political rivalries aside and to reevaluates their stance on this great occasion. "We want as an unfading national day in the history of this dear country."

The Resistance Leader went on to say: "It is imperative that we recall the reasons which led to the defeat of "Israel". You beloved and blessed people, with your resistance and your sacrifices, you broke the myth of the invincible Zionist army."

Sayyed Nasrallah further addressed the people of the Resistance by saying: "You transformed the "Israeli" army into a defeated army which withdrew at midnight like cowards."

"There exists some sides in the region that want to forget how "Israel" emerged and occupied ‪Palestine ‬ through the most horrible crimes. They want us to forget the all Zionists' massacres, terrorism and wars of aggression," he warned.

Recalling that "Israel" is the real enemy, he warned that "Israel", the biggest danger, seeks our fortunes, sanctities, lands and resources"

"Some want to present "Israel" as a friend," he cautioned, assuring that: "We know that only Resistance, in all its dimensions, military, intelligence, economic, political, security, religious, and security can confront this enemy."

According to the Resistance Leader, "it is this Resistance which gives our people strength, especially in an era of Arab betrayal, abandonment and  invention of artificial enemies."

To the people of the region, Sayyed Nasrallah sent a sounding message: "Forget these traitorous Arabs. Resistance is the only guarantee of our nation."

As His Eminence reminded of the occupied land and captive bodies with the apartheid "Israeli" entity, he vowed: "On this blessed day, I reiterate my pledge that the remaining Lebanese lands of Ghajar, Shebaa Farms and Kfar Shouba Hills as well as our prisoners and the bodies of our martyrs held by the "Israeli" enemy will be liberated."

In addition, he stated "we must uncover the fate of the Iranian diplomats who were handed to "Israel"."

Concerning the Palestinian cause, the Resistance Leader underscored that "when we declared May 25th Resistance and Liberation Day from Bint Jbeil in 2000, Palestine and its people saw how the enemy which practices humiliation can be humiliated and defeated. After our great victory, we witnessed the Intifada of al-Aqsa [uprising] and the liberation of Gaza ."

On the 16th anniversary for the Liberation, Sayyed Nasrallah urged the Palestinian people to beware of those taking advantage of the confusion in the region.

"Beware of those who want to present "Israel" as a friend and an ally. I say to our people in Palestine to beware of these traitors and collaborators who want to create a thousand different enemies and conflicts other than "Israel"."

Moreover, he viewed that the only salvation lies in unity and perseverance of the Palestinian people parallel to their blessed resistance.

"I vow to you that unlike these traitors and cowards who pretend the Palestinian cause is now irrelevant that we in Hizbullah shall not be shaken. We, in Hizbullah, will never abandon you."

Similarly, he assured that those who have supported Palestine since day one, namely the Axis of Resistance, will continue to support it.

"Iran, ‎Syria‬ and Hizbullah will never leave you alone in this fight. The Resistance Axis will not be defeated. We will be victorious and the Palestinian flag shall be raised so all know that the confrontaion with "Israel" is the only thing that remains until it is eliminated. We will return to Palestine. This day is coming soon," Sayyed Nasrallah reiterated.

Moving to the Lebanese arena, he stressed that the Army-People-Resistance equation will remain a source of strength for the country in this era of Arab inaction and global support for "Israel".

"Our strength in Lebanon is being targeted and the entire axis of resistance in this nation is being targeted. Some do not want the army to get stronger and they are even taking advantage of individual incidents to practice sectarian incitement in order to tear our people apart. Everyone must be concerned with preserving the elements of strength," he added.

According to His Eminence, "the municipal elections held here in ‪‎Lebanon‬, including in the villages on the border with occupied ‪Palestine‬ proved that people were able to vote because of this Resistance."

"If it wasn't for struggle and our martyrs, there wouldn't be voting in these blessed villages. There would be occupation, terror and oppression. There would be destroyed homes, "Israeli" prisons and massacres," Hizbullah Secretary General underlined.

Meanwhile, he insisted that "this Resistance took our people out from darkness and gave them the normality of a regular life."

To them, His Eminence said: "Now, this pretext is over and the municipal vote proves this. We call for an electoral law that guarantees right representation. We oppose the 1960 electoral law and support electoral law based on proportionality. The municipal elections are complex and more difficult to conduct than any other elections. This excuse that parliamentary elections can't happen due to security reasons is over."

On this level, he announced: "If elections take place based on proportional representation, Hizbullah and the Amal Movement's parliamentary blocs will shrink, however despite this we are calling for such a system."

"Those who refuse a proportional-based law are those who want to monopolize authority," he continued.

He also warned that "there is a psychological war and pressure on Hizbullah to abandon its moral and political duties."

"Hizbullah will not abandon its obligations. He who wants to have the presidential elections must sit for discussion and dialogue," he added, calling all sides to deal with the situation in the region with high responsibility and awareness.

Back to the region, Sayyed Nasrallah stressed: "With everything happening in the region, with all this chaos and destabilization, from ‪‎Yemen‬ to Egypt, ‪‎Syria‬, Iraq‬ and now having the genocidal warmonger Avigdor Lieberman appointed as "Israeli" War Minister, with the escalated expected tension we must be vigilant."

Despite all that is taking place, the Resistance Leader vowed that the final victory is near.

"Our final victory will be the day that there is no Zionist project and no Takfiri scheme in our region. This day is coming. The beginnings of our final victory emerged on May 25th, 2000 and the full realization of this victory will come soon. On this 16th annual Resistance and Liberation Day, we renew our vow to Sayyed Abbas Moussawi that we are to preserve the Resistance and to continue to move from victory to another as we announce that Daesh ending is near." 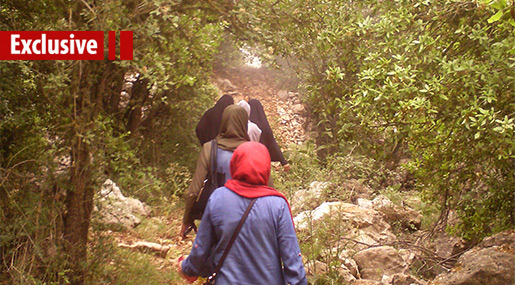