Spokesman of the Iranian Foreign Ministry Hussein Jaberi Ansari announced Monday that Russia made the first contracted delivery of the S-300 air defense systems to Iran. 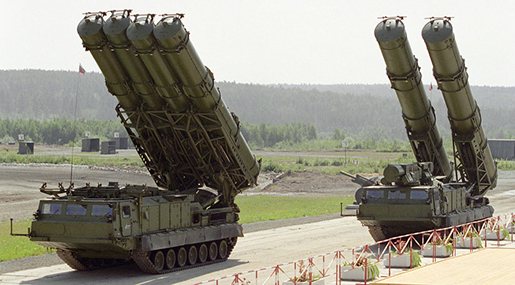 "We announced earlier that this contract, regardless of some obstacles in the past, is on the stage of completion and today I announce that the first batch of this equipment has already been delivered to Iran, and the delivery of the next part will continue in the future," Ansari was quoted as saying.

The $800-million Russia-Iran contract to deliver five Russian S-300 systems to Tehran was signed in 2007. It was suspended after the adoption of UN Security Council sanctions on Iran in mid-2010.

Earlier in 2011, and in response to the suspension of the deal, Iran filed a $4-billion suit against Russia in the Geneva Arbitration Court. In April 2015, Russia resumed the talks on S-300 deliveries following a framework agreement on the landmark deal ensuring the peaceful nature of Tehran's nuclear program.

In July 2015, Russian Presidential Aide Vladimir Kozhin said that Russia would deliver a modernized version of the S-300 air defense system to Tehran, which was being updated for Iran's specific needs.