Revelations concerning the vast espionage operations carried out by the American National Security Agency [NSA] against US allies, led commentators and writers to shed light on the role played by "Unit 8200", which is "Israel's" massive electronic surveillance unit. 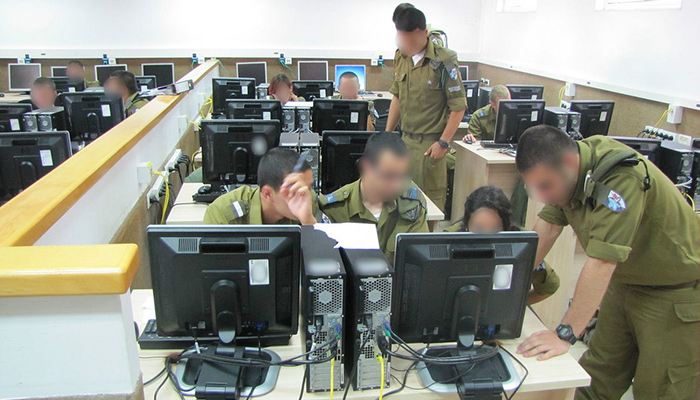 "Israeli" military commentator Amir Rapaport stressed that the role played by "Unit 8200" - a branch of the "Israeli" military intelligence [Aman] - has made "Israel" second only to the United States, in the field of eavesdropping.

In an article he wrote for the online edition of "Israeli" Maariv newspaper, Rapaport explained that the tremendous strides made by the entity in the field of producing high-tech equipment has been largely employed in the development and expansion of eavesdropping operations carried out by the unit.

He also referred to a prominent role played by private companies in supplying the unit with inventions to boost its eavesdropping capabilities.

Rapaport pointed out that the sophisticated computers belonging to ‘Unit 8200' are able to monitor messages of intelligence value by processing millions of communications channels and billions of words.

In the same context, an investigation conducted by military commentator Yoav Limor revealed a shift in how the unit, led by a senior officer with the rank of Brigadier General functions, since the eruption of the Arab revolutions.

"A graduate of Unit 8200 became synonymous with the word genius", and service in this unit has become "a passport in the eyes of "Israeli" youths" to become millionaires because of their absorption into leading technology companies, or their participation in the start-up of companies.

He pointed out in his investigation, which was published on the "Israel" Today website that Unit 8200 has become interested in observing social networking sites frequented by young Arabs - especially Facebook and Twitter - to acquire insight into the possible changes in the Arab world, so that "Israel" won't be caught by surprise, as was the case with the outbreak of the Arab revolutions.

Limor pointed out that Unit 8200 is also responsible for leading the electronic warfare in the "Israeli" army, in addition to its photography operations. Meanwhile, officers and soldiers working in it are in charge of conducting field operations during wars and military operations.

Limor explained that the unit includes officers and soldiers among its ranks that escort the infantry troops during military operations and wars, charged with gathering tactical intelligence on the battlefield. Limor points out that the unit played a key role in electronic warfare against the Iranian nuclear project, and contributed to the development of the "Stuxnet" virus, which in 2009 targeted and disabled the computerized systems that control the centrifuges responsible for uranium enrichment in Iran's nuclear facilities.

New documents, recently uncovered by the "Israeli" official Archive on the occasion of the fortieth anniversary of the 1973 War, showed that the unit is responsible for what has become known as the "special means", which includes planting listening devices in the offices and vital facilities in Arab countries, especially countries that are in a state of hostility with "Israel".

Unit 8200 closely works with the "Sayeret Matkal" unit, the most elite special unit in the "Israeli" army, which is under the direct command of the head of the Military Intelligence Division.

In addition to its specialization in assassination operations carried out across the Arab world, "Sayeret Matkal" plays a central role in intelligence gathering through planting listening devices and photography, based on prior coordination with Unit 8200.

Advanced leading technology companies in "Israel" compete to absorb the officers and soldiers who end their service in Unit 8200 due to their significant abilities in the technical field.

According to a report recently aired on "Israel's" Channel Ten, service in Unit 8200 has become "a passport in the eyes of "Israeli" youths" to become millionaires because of their absorption into leading technology companies, or their participation in the start-up of companies.