The United Nations Educational, Scientific and Cultural Organization [UNESCO] adopted a resolution on Wednesday condemning "Israeli" violations in the handling of al-Aqsa mosque. 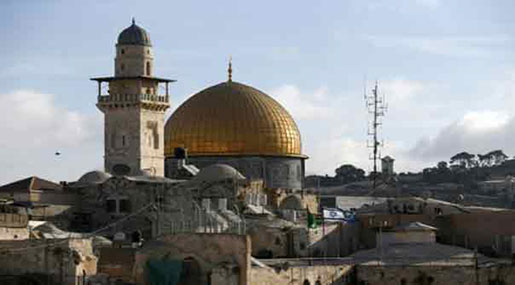 The resolution adopted "strongly condemns "Israeli" aggression and illegal measures restricting freedom of worship and access to the holy Muslim site of the al-Aqsa Mosque."

It also "strongly deplores" among other things "persistent outbreaks of "Israeli" right-wing extremists on the site" and "urges "Israel"" to "take the necessary steps to prevent provocative actions that violate the site's sanctity."

After last-minute changes, however, the resolution approved by UNESCO's executive board dropped a more firm clause.
That clause, which was proposed by several Muslim countries would have stated that the Western Wall was an integral part of the al-Aqsa mosque compound.

The resolution was adopted with 26 votes in favor and six against. The countries that voted against it were The United States, Germany, The United Kingdom, Holland, the Czech Republic and Estonia. There were 25 abstentions including France, diplomats said.

The UNESCO text also stated that the "Al-Haram Al-Ibrahimi and the Bilal Ibn Rabah mosque" were an integral part of Palestine.

The Palestinians won full membership of UNESCO in October 2011 in what was seen a major step forward for their efforts to achieve recognition as an independent state.