Early this past spring, Major General Ali Mamlouk visited the Russian capital Moscow, to discuss operational details and logistics for the Russian military intervention in Syria, after the Kremlin's decision to help the Syrian army in its war against terrorist organizations. The rush of the Russians to intervene came following the downing of an upgraded Sukhoi 5 aircraft at the Khalkhali military airport in southern Syria. It was downed by a Stinger missile, which technical Russian research teams revealed was sold to Qatar, which in turn handed it over to the "Nusra Front" militia in the south of Syria. 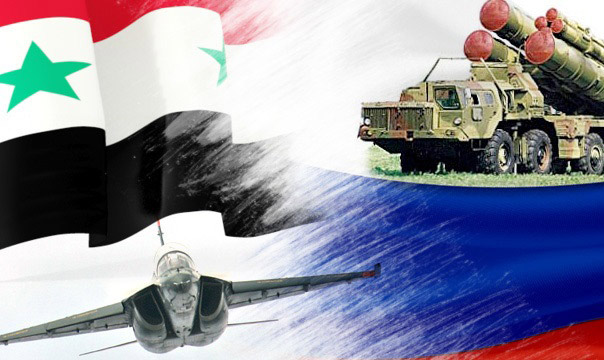 During that visit, the foundations of the Russian military intervention was laid. A Russian lieutenant came to Syria, with a group of Russian officers. They studied the military needs of the Russian base, and evaluated the Syrian army's status on the battlefield, especially in the north. The results of the visit were sent the results to Russian military command, which in turn placed these recommendations in action, this according to what informed sources revealed to "Al-Ahed News" website.

According to the sources, the main item on the 45-clause recommendation list is the establishment of a special Syrian force made up of Syrian troops currently stationed in Sahl al-Ghab and the Syrian coast. The force was named "The 4th Corps". Russia took charge of its organization and arming, so that the force would later become the ground force integrated with the Russian air force in the battles aimed at liberating the north of Syria, from Idlib and its countryside, to Aleppo and the Syrian-Turkish border in the northern countryside of Aleppo province.

The same informed sources said that Russia provided the 4th Corps with sophisticated weapons, including the 152 mm "digital" artillery linked directly to the Russian satellite. The sources also pointed out that the Russian army allocated each battalion in the Corps two drones, (also) directly connected to the Russian military satellite, whereby the aircraft would send information and images to the satellite, which in turn sends a signal to the - highly accurate - "digital" artillery unit, giving it orders to begin bombardment.

The Russian army also provided the 4th Corps, according to sources, with modern rocket launchers that can fire 200 projectiles at the same time, guided by unmanned aircraft and the Russian military satellite. Russian technical units are also training the Corps on advanced communication devices and modern weapons, including helicopter sniper aircraft. In their fighting, the Corps will be supported by Russian Sukhoi aircraft and Mi-28N attack helicopters, which can strike tanks and troop carriers during the night, and artillery that can be used during any natural conditions. Furthermore, Ka-52 Alligator Helicopters will also participate in the operations, while a swarm of Mi-26 helicopters has also been prepared. The Mi-26 is considered a distinct weapon for an army to have, and is designed to transport tanks and can carry twenty tons of equipment.

In conclusion, the sources pointed out that the Syrian 4th Corps was tasked with the liberation of the entire province of Idlib (regions and city), not to mention advancing in the Syrian coast's mountain range until the Turkish border as a first stage. The Corps was also entrusted with securing areas in the countryside of northern Hama, which Takfiri armed groups had used in bombing areas in Latakia countryside, close to the Russian military base. The operations will also include the northern Aleppo countryside, where work is underway to apply the 4th Corps model to other sectors of the Syrian army, especially in the countryside of Damascus and in southern Syria.