The cheerful mood of the participants in the ceremony held by Hizbullah at Sayyed Shuhada Complex, in Dahiyeh [Beirut's Southern Suburb]on Friday amidst un-resting applause and the chanting of "Abu Hadi", all showed that the honorary festivity to commemorate the martyrs of Quneitra turned out to be a festival of triumph, and not a grieving sacrament. 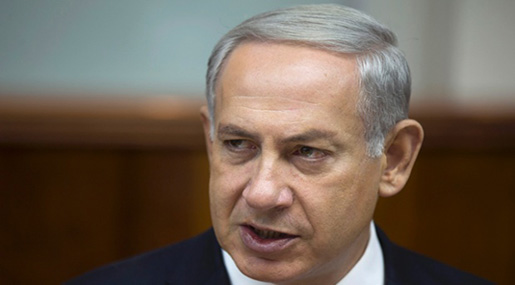 The literal translation of the speech was posted as a whole on "Israeli" news websites, especially channel 2 and the Zionist newspaper Yedioth Ahronoth, the most prevalent among "Israeli" media. Sayyed Nasrallah's speech also topped the news bulletins and feeds of television channels and radio stations.

However, Zionist media tried to undermine the grave impact of his Eminence's speech on the "Israeli" public through shedding light on the local Lebanese ground.

"Israeli" news website Ynet for instance, mentioned that Hizbullah's provocation is Lebanon's nightmare.
Ynet analyst stated that the Lebanese leadership and public feared a new round of fighting with "Israel" which would inflict huge economic damage. Furthermore, Iranians - as the report accused - feared that their involvement in the conflict would negatively affect nuclear talks.

According to the report, Yedioth Ahronoth allegedly learned that members of Lebanon's al-Mustaqbal party even tried to convince Sayyed Nasrallah to call off his planned speech in order to prevent an unnecessary provocation against "Israel".

These allegations could be refuted through the public and official reactions nationally and internationally which appreciatively received Hizbullah's attack on Shebaa farms on January 28.

From the "Israeli" point of view, the most important part of the speech was its focus on two aspects: the issues of deterrence and the closure of the rules of engagement, and engaging among all fronts against "Israel".

Meanwhile, silence prevailed among the "Israeli" officials - their inaction offered an opulent subject for analysts and commentators.

The first Hebrew channel indicated that Sayyed Nasrallah seemed very proud of the cell that carried out the Shebaa operation, and was more pleased of the supportive reactions in Lebanon.
But most of all, according to the channel, "Hizbullah did not conceal its desire to engage in an additional front in the Golan Heights, and deterred "Israel" as a result of his responses on the Lebanese border with the occupied Palestinian territories".

They pointed out that Sayyed Nasrallah was trying to impose new rules of engagement with "Israel".
It added that what happened two days ago, and the firing of rockets in the Golan, pointed to a change in the rules of engagement identified in 2006 and in accordance with 1701 resolution. Henceforward, the recent events in the North ended, but Hizbullah wrote that ending.

Military Affairs commentator in the channel said that Sayyed Nasrallah set his destination to the following: any "Israeli" act against Hizbullah, be it in the Golan or elsewhere, was now subject to different rules of engagement, and would be responded by Hizbullah. Thus, the security establishment viewed the new rule as a dangerous precedent; henceforth ""Israel" should take into consideration whatever action it will initiate".

Sayyed Nasrallah addressed the Zionist entity at the height of his morale and strength saying: "By your cowardly actions, you have made the resistance break all the equations from now onwards". He added that the resistance did not want war; however, it did not fear it once called upon.