The Washington Post US daily confirmed Saturday that Hizbullah Leader Imad Mughnyieh was martyred by both "Israeli" Mossad and CIA. 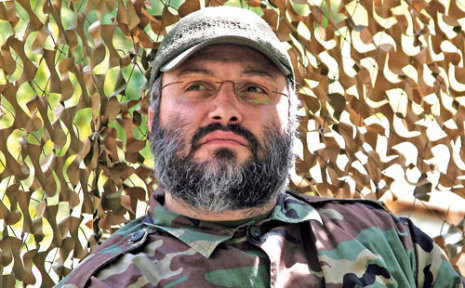 According to the newspaper, "On Feb. 12, 2008, Imad Mughniyah, walked on a quiet nighttime street in Damascus after dinner at a nearby restaurant. Not far away, a team of CIA spotters in the Syrian capital was tracking his movements."
"As Mughniyah approached a parked SUV, a bomb planted in a spare tire on the back of the vehicle exploded, sending a burst of shrapnel across a tight radius. He was killed instantly," it added.

On the details of the assassination, "the device was triggered remotely from Tel Aviv by agents with Mossad, the "Israeli" foreign intelligence service, who were in communication with the operatives on the ground in Damascus."
"The way it was set up, the US could object and call it off, but it could not execute," said a former US intelligence official.

The United States helped build the bomb, the former official said, and tested it repeatedly at a CIA facility in North Carolina to ensure the potential blast area was contained and would not result in collateral damage.
"We probably blew up 25 bombs to make sure we got it right," the former official said.
The extraordinarily close cooperation between the US and "Israeli" intelligence services suggested the importance of the target.

The daily further highlighted that "The United States has never acknowledged participation in the killing of Mughniyah.... Until now, there has been little detail about the joint operation by the CIA and Mossad to kill him, how the car bombing was planned or the exact US role."
In parallel, the daily revealed that "US involvement in the killing, was confirmed by five former US intelligence officials."

It also chose to slam some legal aspects of the assassination:

"Mughniyah was targeted in a country where the United States was not at war. Moreover, he was killed in a car bombing, a technique that some legal scholars see as a violation of international laws that proscribe "killing by perfidy" - using treacherous means to kill or wound an enemy."

"It is a killing method used by terrorists and gangsters," said Mary Ellen O'Connell, a professor of international law at the University of Notre Dame. "It violates one of the oldest battlefield rules."

According to the daily, "The authority to kill Mughniyah required a presidential finding by President George W. Bush. The attorney general, the director of national intelligence, the national security adviser and the Office of Legal Counsel at the Justice Department all signed off on the operation, one former intelligence official said."

There has long been suspicion about US involvement in the assaissiantion of Mughniyah. In "The Good Spy," a book about longtime CIA officer Robert Ames, author Kai Bird cites one former intelligence official as saying the operation was "primarily controlled by Langley" and it was "a CIA ‘black-ops' team that carried out the assassination."

In a new book, "The Perfect Kill: 21 Laws for Assassins," former CIA officer Robert B. Baer writes how he had considered assassinating Mughniyah but apparently never got the opportunity. He notes, however, that CIA "censors" - the agency's Publications Review Board - screened his book and "I've unfortunately been unable to write about the true set-piece plot against" Mughniyah.


"We have nothing to add at this time," said Mark Regev, chief spokesman for the prime minister of "Israel".

A former US official said the Bush administration relied on a theory of national self-defense to martyr Mughniyah, claiming he was a lawful target because "he was actively plotting against the United States or its forces in Iraq, making him a continued and imminent threat who could not be captured."

The CIA and Mossad worked together to monitor Mughniyah in Damascus for months prior to the killing and to determine where the bomb should be planted, according to the former officials.
In the lead-up to the operation, US.intelligence officials had assured lawmakers in a classified briefing that there would be no collateral damage, former officials said.

According to the daily, "The Bush administration regarded Hizbullah - Mughniyah, in particular - as a threat to the United States."

"There was an open license to find, fix and finish Mughniyah and anybody affiliated with him," said a former US official who served in Baghdad.
In January 2007, Bush, in an address to the nation, singled out Iran and Syria, two countries with the closest ties to Hizbullah.

Ryan C. Crocker, the US ambassador in Iraq when Mughniyah was killed, said: "All I can say is that as long as he drew breath, he was a threat, whether in Lebanon, Iraq or anywhere else. He was a very intelligent, dedicated, effective operator on the black side."

Crocker said that he didn't know anything about the operation to assassinate the Hizbullah operative and had doubts about Mughniyah traveling to Iraq.
A former US official described a secret meeting inside the Zionist entity in 2002 involving senior JSOC officers and the chief of the "Israeli" military intelligence service. Amid a broader discussion of counterterrorism issues, the JSOC visitors raised the prospect of killing Mughniyah in such an offhanded fashion that their "Israeli" hosts were stunned.

"When we said we would be willing to explore opportunities to target him, they practically fell out of their chairs," the former US official said. The former official said that JSOC had not developed any specific plan but was exploring scenarios against potential terrorism targets and wanted to gauge "Israel's" willingness to serve as an evacuation point for US commando teams.

The former official said that the JSOC approach envisioned a commando-style raid with US Special Operations teams directly involved, not the sort of cloak-and-dagger operation that occurred years later.

"It never went anywhere," said the former official, who was unaware of the CIA-"Israeli" operation to kill Mughniyah.
Moreover, the Washington Post mentioned that "It is not clear when the CIA first realized Mughniyah was living in Damascus, but his whereabouts were known for at least a year before he was killed." One of the former US intelligence officials said that the "Israelis" were first to approach the CIA about a joint operation to kill him in Damascus.

Officials said the "Israelis" wanted to pull the trigger as payback. "It was revenge," another former official said. The Americans didn't care as long as Mughniyah was dead," the official said, and there was little fear of blowback because Hizbullah would most probably blame the "Israelis".
Amos Yadlin, the former head of Israeli military intelligence until 2010, said Mughniyah was positioned right under the group's leader Hassan Nasrallah.
Once Mughniyah was located in Damascus, the intelligence agencies began building a "pattern of life" profile, looking at his routine for vulnerabilities.
Mossad officials suggested occasional walks in the evening - when Mughniyah was unescorted - presented an opportunity. CIA officers with extensive undercover experience secured a safe house in a building near his apartment.

"Planning for the operation was exhaustive. An "Israeli" proposal to place a bomb in the saddlebags of a bicycle or motorcycle was rejected because of concerns that the explosive charge might not project outward properly. The bomb had to be repeatedly tested and reconfigured to minimize the blast area."

One official said the bomb was tested many times at Harvey Point, a facility in North Carolina where the CIA would later construct a replica of Osama bin Laden's compound in Abbottabad, Pakistan. Officials eventually concluded they had a bomb that could be used with no risk of others being killed or injured.
The daily further claimed : "Mughniyah wasn't alone in his confidence to operate freely in Damascus. During the operation, the CIA and Mossad had a chance to kill Qassem Suleimani, commander of Iran's Quds Force, as he and Mughniyah walked together."
"At one point, the two men were standing there, same place, same street. All they had to do was push the button," said one former official.

But the operatives didn't have the legal authority to kill Suleimani, the officials said. There had been no presidential finding to do so.
When the bomb used to target Mughniyah was detonated, officials estimated the "kill zone" extended approximately 20 feet. The bomb was "very shaped and very charged," an intelligence official recalled.

There was no collateral damage. "None. Not any," the official said.
Facial recognition technology, another former official said, was used to confirm Mughniyah's identity after he walked out of a restaurant in his neighborhood and moments before the bomb was detonated.