In form, quality, and timing, Hizbullah proved again that it knows when and how to respond. We are before a successful operation that took place in broad daylight. We are before a complicated operation taking place only a very short time after the "Israeli" aggression on Quneitra.

What are the messages sent then? 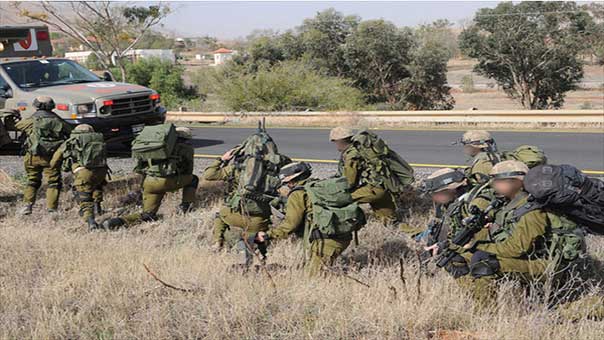 First: Hizbullah wants to remind "Israel" anew that the time of unreciprocated aggressions had gone to no return a long time ago. Perhaps "Israel" hasn't grasped this concept in the previous times. Perhaps Sayyed Hassan Nasrallah was smiling as he was watching the "Israeli" Army gathering its killed and wounded men while fleeing the zero zone yesterday.

Second: Hizbullah wants to stress the balance of terror: Every operation is to be retaliated with a similar or even a fiercer operation. That's what Sayyed Nasrallah said; that's what he did.

Third: Hizbullah wishes to assert a very important strategic point: Hizbullah's participation in the battle in Syria did not weaken it. On the contrary, it made it stronger in ammunitions, men, and rockets. Perhaps "Israel" did not come to understand that the two fronts are separated: the Syrian front and the front at the borders.

Fourth: Hizbullah wants to say that the readiness of the resistance is faster and more efficient than what "Israel" believes. The details of the operation that took place were finalized during the days that followed Quneitra aggression; however, no doubt an operation of this kind is the fruit of a long term observation and preparations. That means that the operation always have readymade plots to hit wherever it wants. It only has to choose the timing.

Fifth: This might be a new point; perhaps it is the most important in the issue. The operation proved the inseparability of the Syrian and the Lebanese fronts at the time being. It even proved the inseparability of a front that extends from Palestine to Lebanon to Syria until it reaches Iran. The response was not a revenge to the martyrs of Hizbullah in Quneitra; it was also a revenge for the Iranian general and some officers and soldiers in the Syrian Army. This is precisely was "Israel" must view with much caution at the meantime. Iran is at its borderline.

Sixth: The triumphant operation comes on the eve of the "Israeli" elections. The Resistance wants to say that it has become influential even in the internal "Israeli" politics by now. No doubt, Hizbullah does not differentiate between one "Israeli" prime minister and another. They are all alike in their aggression against Lebanon and Syria. They only differ in the level of their villainess and bloodiness. Still it is important that this operation takes place amid an internal electoral battle that might lead to the fall down of Netanyahu.

Seventh: The operation is an answer to those claiming that Hizbullah will not answer any aggression because it takes pain not to influence the Iranian-western nuclear negotiations. This swift response that is programmed with precision may give the Iranian negotiator a more powerful card as the entire world would throng towards Tehran to partake in calming it down.

Eighth: Such unbeaten operations tells "Israel" that Syria is a red line, and that going far in supporting the armed men and in transcending limits will not remain unanswered. It rather warns against changing the balance at the borders. It also devaluates all the announced and unannounced armistices. It is presumed that cooperation took place on the Syrian-"Israeli" front in preparation for an "Israeli" response.

Ninth: The operation followed a Palestinian show of solidarity: Hamas, Jihad, and the other Palestinian factions showed solidarity with Hizbullah, Iran, and Syria in the wake of the "Israeli" aggression in Quneitra. Such an operation brings back "Hizbullah" to the framework of the most important struggle in the region - meaning the Arab-"Israeli" struggle. Such moral reestablishment attracts sympathy from the Sunni base in Palestine and other Arab states and raises the morale of the peoples that has been low and disjointed for many years by now.

Surely, Hizbullah today feels more than any time in the four tough years of the Syrian war that it has become regionally, internationally, and locally more able to take action. Fighting terrorism on the international and regional level and being positioned in the circle of the targets of terrorism and anti-terrorists too made it a difficult number in the upcoming equation. No doubt also that the enhanced status at the Syrian Front to the interest of the current Syrian leadership and its allies partakes in creating a better environment for Hizbullah's operations. When the party's Deputy SG Sheikh Naim Qassem talked about breaking the equation of the Grand Middle East, the message was crystal clear.

The most prominent strategic question now is: What will Netanyahu do? If he retaliates again he will be exposing the region to developments with undetermined results; if he remained silent, he will lose the elections and withdraw with humiliation as his predecessors did in 2006.

He might strike back to hit two birds with one stone in an attempt to shuffle the cards in the region and to cripple the Iranian-western agreement that haunts him. In such a strike back he will indeed depend on international, Arab, and (perhaps) Lebanese reactions that consider that Hizbullah breached the truce and Resolution 1701. Here lies the real danger especially that he feels somehow free from the US pressure due to the tense ties. Netanyahu has threatened more than once to work on his own should the west move onwards in inking an agreement with Iran.

It goes without saying that the Resistance is ready for everything as Sayyed Hassan Nasrallah said. So which will win over the other? Will Netanyahu be curbed internally and on the international level, or will the rules of the game at the borders from Lebanon to Syria be changed?

The situation in the region makes both directions possible.