Over eight years have passed since the "Israeli" aggression on Lebanon. However, the Zionist entity still suffers the repercussions of its defeat. 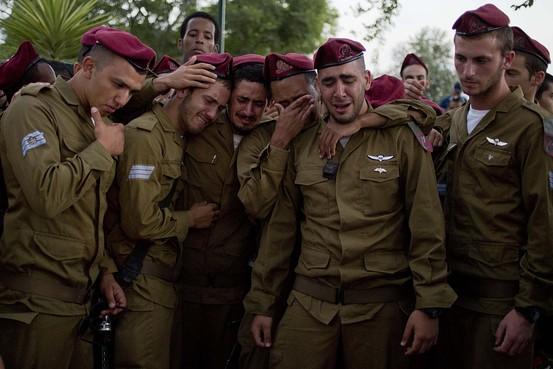 A new "Israeli" report concludes that "the painful lessons learnt during that bloody war have not yet been fully internalized, and the "Israeli" army's reserve force is still riddled with problems."

The report, penned by the "Israeli" Comptroller Yossef Shapira and released Monday, found serious deficiencies in the training of reserve units, particularly of ground forces, one of the main lessons learnt from the so-called "Second Lebanon War".

The report also revealed that "the "Israeli" supply and maintenance units supporting reservists were far from ready, and found major shortcomings in the "Israeli" army's overall level of readiness. Moreover, it found the "Israeli" military did not properly report the true state of its forces to the political echelon, hindering civilian oversight over the army."

The comptroller wrote that in July 2012, "Israeli" Chief of Staff Lt.-Gen. Benny Gantz said that the reserve force holds special importance "both because it is an essential supplement to operational ability and allows routine training of active combat units, and also because it is a significant pillar of the "Israeli" army's ability to act decisively during wartime."

However, according to "Israeli" sources, "things are quite different, and the comptroller found a failure to comply with training protocols and quotas. In 2010, ground forces began implementing a new three-year plan for training in order to expand the scope of training for reserve field units."

The report showed that this training model for the years 2010-2012 was not properly implemented, specifically when it came to training at the brigade level.
Meanwhile, the sources mentioned, "To make matters worse, some of the battalion training did not even take place, while others saw cutbacks or suffered from a lack of resources."

Furthermore, the report found that the training plan for 2013 were cut across the board, and according to "Israeli" response to the report's findings, the training of ground reserve forces was halted altogether in June of 2014.
The comptroller also found that all division commanders who finished their tenure between 2011 and 2013, and 70 percent of commanders of reserves brigades and commanders of artillery formations, who left during those years, filled their roles for a period of less than three years.


The comptroller noted that their short lived tenures resulted in a situation in which many division and brigade commanders did not actually lead their units for an entire training cycle, thus creating a situation in which commanders were unprepared to lead their division or brigade during wartime.
The comptroller also found a failure to maintain continuity in training in accordance with the battalion training model.

Shapira said such a situation did not ensure that a significant portion of reservists in the battalion would maintain proper training. Moreover, it indicated that some battalion soldiers were not training according to the requirements of their units.
Both can damage reservists operational preparedness and create a situation in which reserve soldiers called up in wartime might not actually be those who underwent the required training.
The report found many disparities in fitness and readiness in ground reserve units, which could damage their ability to carry out their missions.

Regarding the preparedness of support supply and maintenance units in the "Israeli" reserve force, the comptroller found serious lapses. Among other things, he found that there was a shortage of enlisted manpower, vehicles no longer fit for duty and tires whose expiration date had passed in each of the regional commands and a lag in periodic maintenance work on armored combat vehicles.

The report further found that "Israeli" army orders do not address the level of military preparedness required of ground reserves units in wartime. The ability of both the cabinet and the Knesset to monitor the reserve force's level of preparedness is compromised by the army's disregard for obligations set by the law.

The comptroller also examined the "Israeli" army's ability to protect sensitive facilities from existing threats. The inspection found that most of the decisions made by the Ministerial Committee on Home Front Issues in May 2011 were not implemented.

"In the current situation, the same problems that have existed since 2004 remain of protecting facilities in "Israel" from existing threats and threats anticipated in coming years," the Comptroller wrote in his report.