The head of the US Federal Bureau of Investigation said Friday he was "determined" to keep any 9/11-type scenario from growing out of Syria, as more foreign fighters flock to the conflict. 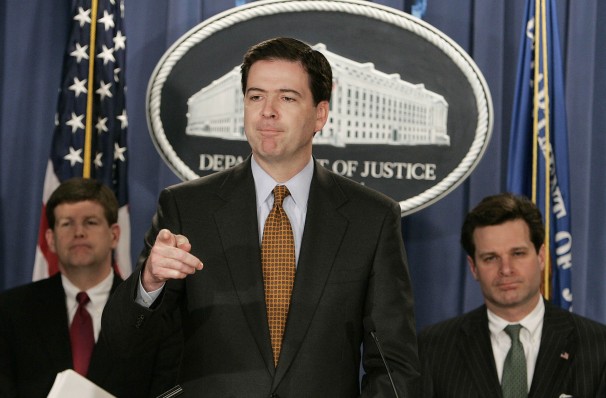 FBI Director James Comey compared the war in Syria to Afghanistan in the 1980s and 90s, when fighters there eventually formed al-Qaeda and declared war on the US.

"All of us with a memory of the 80s and 90s saw the line drawn from Afghanistan in the 80s and 90s to September 11. We see Syria as that but an order of magnitude worse," Comey told a group of reporters at FBI headquarters.

He spoke of a growing trend that has seen dozens of Americans and thousands of Europeans travel to Syria to take up arms.
The problem is "getting worse, just because with time more and more people are traveling there from here and all over the world" to take part in the fighting.
"There are still thousands and thousands of foreign fighters in Syria, and it's a focus of mine... and a huge focus especially of my European counterparts. We are all worried."

Comey declined to give a precise figure for Americans believed to be involved in the Syrian struggle but said the numbers are "getting worse."
"I said dozens last time," said Comey, referring to an interview with reporters four months ago. "It's still dozens, just a couple more dozen."

Comey predicted that "there's going to be a diaspora out of Syria at some point and we are determined not to let lines be drawn from Syria today to a future 9/11."

He further stated that thousands of fighters are traveling to Syria from European countries, and they are a focus for the FBI because many of them could easily get into the United States.
"They're visa-waiver countries," Comey said. "If someone flows out of Syria, they can flow in here very easily."