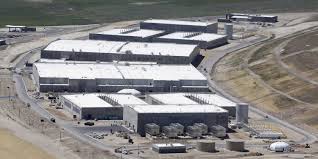 US intelligence officials declassified documents Tuesday revealing the National Security Agency violated privacy rules for three years when it sifted phone records of Americans with no suspected links to terrorists.

The revelations raised fresh questions about the NSA's ability to manage the massive amount of data it collects and whether the US government is able to safeguard the privacy of its citizens.

The government was forced to disclose the documents by a judge's order after a Freedom of Information lawsuit filed by the Electronic Frontier Foundation, a non-profit group promoting digital privacy rights and free speech.

The foundation called the release of the documents a "victory" for transparency but intelligence officials said the papers illustrated how the spy service had made unintentional "mistakes" that were rectified under strict judicial oversight.
The government "didn't release these new NSA docs out of the goodness of their heart," the foundation wrote in a tweet. "They were compelled to by @EFF's lawsuit."
The documents, including hundreds of pages of court orders, reveal privacy violations from 2006 to 2009 in NSA's collection of phone records or "metadata," as part of the agency's effort to track potential terror plots.

The release came after the scale of NSA spying was exposed in a series of bombshell media leaks in recent months by former US intelligence contractor Edward Snowden, who has sought asylum in Russia.
Earlier, the documents divulged by Snowden have shown the NSA conducts a massive electronic dragnet, including trawling through phone records and online traffic, that has sometimes flouted privacy laws.
According to papers released Tuesday, the NSA reported its privacy violations to the Foreign Intelligence Surveillance Court, which found that the spy service was scooping up data "from United States persons not under investigation by the FBI," according to one court ruling.

The NSA had been permitted by the court to only search phone numbers that had "reasonable articulable suspicion" of having links to terrorism.
But out of more than 17,000 numbers on a NSA list in 2009, the agency only had reasonable suspicion for about 1,800 of the numbers, two senior intelligence officials told reporters on Tuesday.

The declassified documents shed light on friction between the NSA and the court, with judges castigating the agency for failing to abide by their orders and misrepresenting the nature of their data collection.
The documents released "show that the NSA repeatedly violated court-imposed limits on its surveillance powers, and they confirm that the agency simply cannot be trusted with such sweeping authority," said Alex Abdo, staff attorney with the American Civil Liberties Union.
The rights group has filed a lawsuit challenging the legality of the NSA's collection of phone records.