Russian Foreign Minister Sergei Lavrov said Tuesday that his country is currently in talks with Damascus to develop a "concrete plan" for the Syrian regime to set over its chemical weapons arsenal under the international control. 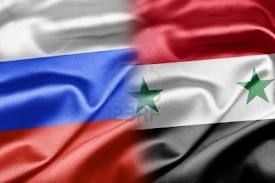 "We are currently working on preparing a workable, precise and concrete plan and for this there are literally right now, in these minutes, contacts with the Syrian side," Lavrov said.
He further expected that "this plan will be present soon and we will be ready to work on it with the UN secretary general, the Organization for the Prohibition of Chemical Weapons, with the participation of members of the UN Security Council."
Meanwhile, Russia Today agency confirmed that "footage and photos of the alleged chemical attack in Syria, which the US cites as the reason for a planned military intervention, had been fabricated in advance."

In this context, the agency quoted speakers in the UN human rights conference in Geneva.
"Members of the conference were presented accounts of international experts, Syrian public figures and Russian news reporters covering the Syrian conflict, which back Russia's opposition to the US plans," the Russian Foreign Ministry said in a statement.
The speakers argued that the suspected sarin gas attack near Damascus on August 21 was likely a provocation of the rebel forces and that a military action against the President Bashar al-Assad government will likely result in civilian casualties and a humanitarian catastrophe affecting the entire region.

Evidence for the Russian case, including numerous eyewitness reports and results of investigations of the chemical weapon incident by activists, was handed over to a UN commission of experts probing the Syrian crisis, the ministry said.
Russia is convinced that the chemical incident was a provocation by rebel forces, which staged a false flag attack to drag the US into the conflict and capitalize on the damage that the Syrian army is likely to sustain in the American intervention.
An increasing number of reports is backing Russia's position, with local witnesses, US and British former intelligence professionals and Europeans recently released from rebel captivity all speaking for a provocation scenario.

Meanwhile, RT learned that Syrian rebels might be planning a chemical weapons attack against the Zionist entity. The possible attack would be carried out from the territory supposedly controlled by the Syrian government and would trigger another round of escalation, leaving little hope of defusing the tension.