Al-Akhbar Lebanese daily revealed Thursday that a US Special Force was stationed in Harissa, north of the Lebanese capital Beirut.
The information first appeared on the blog of the French journalist Georges Malbrunot, published on the website of the French "Le Figaro" daily. 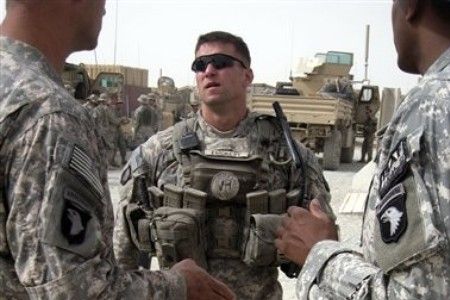 According to Malbrunot, a French military source in the Middle East informed him that the US stationed its special unit in Harissa.
"This is an ideal location for monitoring the Syrian developments and intervening in the current situation there," he quoted the military source as saying.
Malbrunot, the specialist on Middle East, also unveiled that "British engineers and men, who had formerly served in the British military forces, created relationships with Syrian businessmen in the field of oil in Syria and its surroundings."

"These men aim to exploit and benefit from these relations after the fall of [Syrian President Bashar] al-Assad," he added.
For its part, Lebanese military sources denied the French journalist's information.
In an interview with al-Akhbar Lebanese daily, the sources noted to the existence "of a small group of US Special Forces in Lebanon, years ago, to train the Lebanese Special Forces."
As they refused to disclose the whereabouts of the US Forces, the Lebanese sources confirmed that "this group does not exist in Harissa."

However, they refused to comment on the possibility that this US unit is stationed in the Lebanese Special Forces School.
"This group operates according to agreements signed between Lebanon and the United States to help the Lebanese army" the sources explained.
They further confirmed that "the US Force in Lebanon has no work rather than in the field of training."