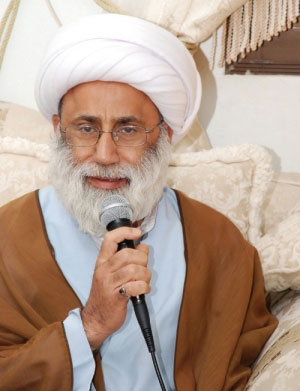 The arrest came after His Eminence called and led the peaceful march which emerged in defense of the Holy Prophet Mohammad (PBUH).
Radi, who is in his sixties, was detained after performing his night prayers in the village of al-Omran. He was led to the Hofuf police station.

In parallel, the Sheikh's relatives expressed fear over his health condition especially that he suffers from a heart disease and is in special need for treatment as well as for timed medication.
Earlier, Radi accused the US and the Zionists of being fully responsible for producing and funding the anti-Islam film.

He further called for suing the aggressors on more than a billion and a half Muslims.