"Israel" duped the United Stated into believing that "thousands of terrorists" remained in west Beirut following the expulsion of Palestinian fighters 30 years ago, providing cover for the 1982 massacre in the Sabra and Shatila refugee camps, according to recently declassified "Israeli" documents. 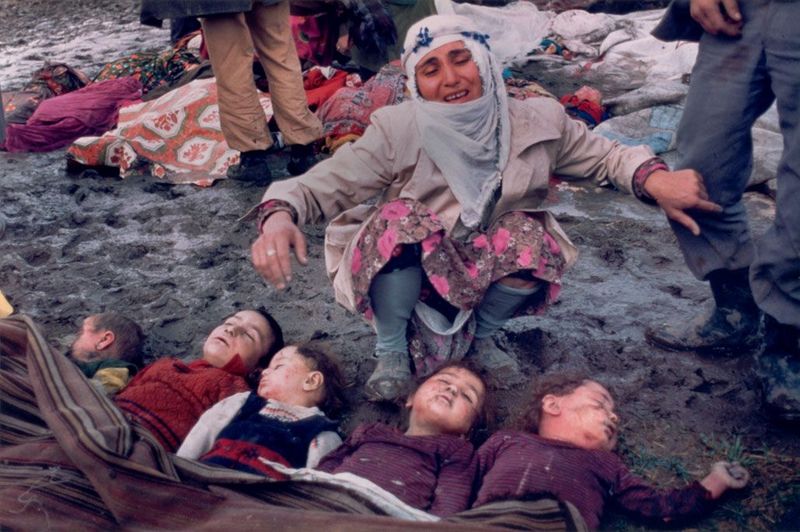 The documents include verbatim transcripts of meetings between US and "Israeli" officials before and during the three-day massacre led by the right-wing Lebanese Christian Phalange militia that left roughly 2,000 people dead, mostly children, women and elderly men.
"[The transcripts] reveal that the "Israelis" misled American diplomats about events in Beirut and bullied them into accepting the spurious claim that thousands of "terrorists" were in the camps," The New York Times, which obtained the documents, reported.
"Most troubling, when the United States was in a position to exert strong diplomatic pressure on Israel that could have ended the atrocities, it failed to do so," the newspaper added.

The Palestinian fighters had previously been evacuated from Lebanon in a US-coordinated effort whereby they provided assurances to protect the camp's residents, which included both Palestinians and Lebanese.
On 16 September 1982, the first day of the massacre, US envoy to the Middle East Morris Draper met with "Israeli" War Minister Ariel Sharon who justified "Israel's" occupation of west Beirut by claiming that "2,000 to 3,000 terrorists" remained in that part of the city.
Draper, according to the documents, was furious to learn that Sharon wanted to allow the Christian militiamen into west Beirut to root out what he claimed were terrorists.
Later that evening, word began to spread in "Israel" that a massacre was taking place in Sabra and Shatila.

"Israeli" Deputy Prime Minister David Levy reportedly remarked: "I know what the meaning of revenge is for [the Phalanges], what kind of slaughter. Then no one will believe we went in to create order there, and we will bear the blame."
The following day, while the massacre continued, Draper, who had not yet learned that the Phalangists had entered the camp, met with high ranking "Israeli" officials including Foreign Minister Yitzhak Shamir.
Shamir had known of the slaughter in the camp, but failed to inform the US diplomat.
Sharon, also at the meeting, continued to insist that the "terrorists" in west Beirut needed "mopping up."

When Draper demanded that the "Israeli" forces immediately pull out of the area, Sharon responded with outrage: "I just don't understand, what are you looking for? Do you want the terrorists to stay? Are you afraid that somebody will think that you were in collusion with us? Deny it. We denied it."
According to the transcripts, Draper continued to insist that the "Israelis" leave, but eventually backed off once they agreed to a "gradual withdrawal" to allow for the Lebanese Army to enter the city.
The "Israelis" insisted, however, that they wait 48 hours before allowing the plan to take effect.
Draper reminded the "Israelis" that the US had facilitated the departure of Palestinian fighters from Beirut in order to prevent "Israelis" from occupying west Beirut. "You should have stayed out," Draper said at the meeting.

The argument persisted, but it ultimately allowed Israel the cover it needed to allow the Christian fighters to continue its slaughter of the camp.
By the next day, September 18, when details of the massacre had become widely known, US President Ronald Reagan expressed "outrage and revulsion over the murders."

US Secretary of State George Shults later admitted his country bore partial responsibility for the massacre since they "took the "Israelis" and Lebanese at their word."