Syrian state television announced Friday that the military forces have routed terrorists from the Midan district of Damascus. 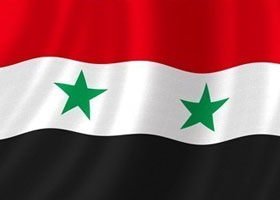 "Our brave army forces have completely cleaned the area of Midan in Damascus of the remaining mercenary terrorists and have reestablished security," it revealed.
The TV also showed the bodies of about 20 terrorists in T-shirts and jeans with weapons lying at their sides, sprawled across a road in the capital's Qaboun district.

Syrian security forces have recaptured a number of key areas across the country from armed anti-government rebels, Press TV reports.
Meanwhile, media reports mentioned that "the Syrian army retook control of most parts of the Midan neighborhood in Damascus following heavy clashes with armed gangs."

"The army also confiscated ammunition and vehicles, equipped with machineguns from the armed opposition," they added.
The Army is also again in control of the Silqin area in Idlib.
The security forces also managed to recapture the al-Bukamal area near the Iraqi border as well as Bab al-Hawa close to the Turkish border.