As Syria continues to grip the world's most salient headlines, the long-awaited results of the legislative elections seem to bring home to the world how the unrest-swept nation could ride high in a democratic process par excellence.
Syrians have stricken their word: Baath party had the balance swinging its way, and a room was made for women to represent the nation at the 250-seat Council of People. 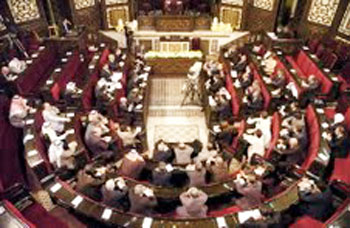 51.26 percent of the Syrian electorate turned out on May 7 in legislative elections, the first multi-party polls in five decades and the first since the adoption in February of a new constitution. According to the final official results, the National Unity list, with Baath on top, gained more than 150 seats. Women, for their part, won 30 seats. In turn, independents reaped more than 90 seats, while the opposition obtained five, leaving one single seat to new parties, namely the Democratic Party.

Now that the official results are announced, the political scene in Syria has become different, albeit incomplete.
Over half the 14 million Syrians eligible to vote had cast their ballot; and while the opposition gained seats for the first time, newly founded parties seemed to have floundered.
Furthermore, over 30 women acceded to the Parliament, a quite unusual headway amid the spiraling political intensity.
Disparate opinions emerged very shortly after the results were announced.
While some deemed the upshots as "normal and mirroring the popularity the National Unity list enjoys," others however saw that the new parties fell short of fortune.

A Nascent Leap of a Leap of Faith!

"The formation of a new People's Council has been, amid the current juncture, a substantial step likely to prevent the country from spilling into jeopardy in case of a constitutional vacuum," Ahmad Koussa, Secretary-General of The Syrian Democratic Party, told al-Intiqad.

He saw that National Unity list winning the majority of ballots proved the support of the Syrians for their command amid the current crisis.
But Koussa had to wonder about the new parties-founded pursuant to the parties law allowing the formation of political parties other than the ruling Baath party.
According to Koussa, it is a beautiful title that the National Unity list has, but it is a bundle of questions that it should answer.


"Aren't the new parties (...) the fruit of reform? Then why to discharge them from their content? Why haven't we consulted them and taken their opinion into account?" he asked.

Yet not all factions share the same viewpoints on polls.
Results were not as satisfactory, for unbridgeable gaps existed among independent lists vying for a parliamentary seat.
Maher Merhej, Secretary General of the Syrian National Youth party told al-Intiqad that his party did not gain any seat and that new parties only obtained one single seat represented by the Democratic Party in Aleppo!

The polls seemingly drew diatribe of Merhej, who wondered why the National Unity list was granted six months to provide the 1000-person due quorum, while the other new parties were not given as much time.

In remarks made to al-Intiqad, Head of the Popular Front for Change and Liberation, Qadri Jamil, panned the elections' results as unfulfilling the sought popular representation.

He noted "a popular discontent," and revealed that the command of the Front would meet in the next few hours to evaluate the results issued by the Supreme Commission for Elections.

Political writer and analyst Afif Dalla told al-Intiqad the results were not surprising "in principle."
"Anyone who had thought that there was a major change on the level of political balances was mistaken," he said.
He explained that results were expected as, on one hand, some parties do enjoy a large popular ground and a prominent political experience, and as newly founded parties had little time to crystallize their political know-how on the other.

"Therefore, results were compliant with the current political situation, the dimensions of existing parties, and political balances," he said.
Two main points, Dalla said, are going to hallmark the next stage, in reference to the new ambiance which allowed a wider participation in the political life, and the aftermath of the underway crisis requiring, more than anytime, the activation of the Parliament's role.

He maintained that change was looming on the level of parliamentary performance, owing to most recent developments.
Dalla argues that enhancing the performance of the legislative and executive powers would be ratcheted up through the reclamation of collective political "conscience" on the popular level, prone to better shape the political and popular movements recently witnessed.

Dalla fell short of picking holes in the National Unity list obtaining a large--nay largest--share of the Parliament's seats. He stressed that the list had a considerable popular ground and that the process was flatly democratic.
"Baath party still enjoys a political acceptance and a leading role (...) it still believes in the principle of political communion." 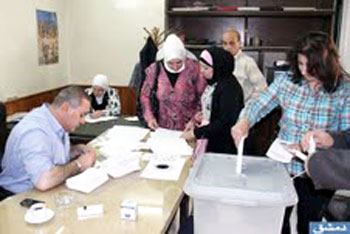 Commenting on women reaping 30 seats, Dalla said, "This number does not even exist in legislative councils in some Arab countries."
"It reflects the efficiency, the importance, and the role of women in society; it also reflects the openness of the Syrian society, especially during the current crisis."

"By and large, women are partners to the process of development and reform."
Dalla continues to note more democracy as touching on the independent candidates, who gained 90 seats at the Parliament-more than they had scored in the previous polls.

According to Dalla, the People's Council has become a representative of the entire social configuration, as independents epitomize different social categories beyond sheer political representation per se.
"Membership in Parliament is no longer special to political parties, and independent forces must be represented in most of the institutions, even in the next government," he said.