Time began to unfold the truth of what is called by western media as an "Arab Spring" or "Arab uprising". The story Began in Tunisia where it was a real surprise, then Egypt rushed without delay to have its own "Intifada". If we are interpreting these uprisings based on the findings we can interpret them as economic uprisings, even though these uprisings had used the most famous political motto "the people wanted to overthrow the regime." 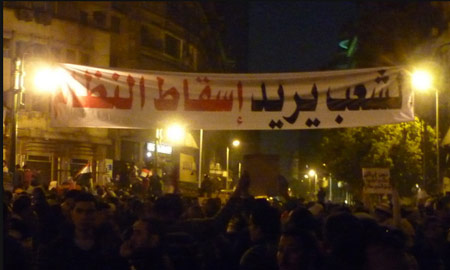 The aim of the Tunisian and Egyptian intifada was to overthrow the system of starvation and oppression. In Tunisia we saw a girl graduating from university with a BS in pharmacy and ended up cleaning rooms in a hotel to be able to live. At the same time we saw in Egypt an architect holding bricks to work in construction instead of drawing maps for bridges or new buildings.
These two fast uprisings were not in the hands of the United States; however the US brought back its plans and put the uprisings in a form to prevent the uprisings from continuing their achievements. These uprisings were spontaneous with no organization backing them because of the lack of a unified leadership with a vision of a clear political project, and so it had the possibility to reach and meet for a common cause in spite of the multiplicity of political currents and trends therein, If it weren't for the US interference.

What is happening in Yemen is a result of the failure of the Saudi political mind which didn't know how to play in Yemen, and will fail in its game in Bahrain and will not be able to prevent the truth from emerging. The story of Libya has to do with oil and wealth for the companies, as was the case in Iraq.
Nevertheless, the important region for the United States is that which surrounds the state of "Israel", and any change will be approved by the US only if it insures the security of Israel. So thanks to Tunisia and Egypt, it found that the best way to form change in the region was to use this popular method (intifada) in Syria.

The US went back to its planning room to work on its ever existing project of the "New Middle East" - after the "Israeli" failure in achieving it in the July war 2006, and after the US failure in hitting the stability in Iran, which is considered as the supporter of the resistance. To choose Syria because it is the protector of the resistance and the only Arab country that still stands in the face of "Israel" for the Arab rights. In striking Syria, the US can achieve its goal and make the dream come true to isolate Iran geographically and politically after the UN economic sanctions resolution.

However, the United States found itself in need for a country as big a size and as effective as Iran in the Middle East to involve it participating in the game of change. The plan was converting Syria from a supporting regime for the resistance to a regime against the resistance. This will lead to the extinguishing of the flame of the resistance forever in the Middle East in turn leading to the end of the resistance's culture. This will give "Israel" the power of controlling the region in economics and internal and external politics. The only candidate for this role is Turkey in its "Islamic secular system" as the ruling party headed by Erdogan put it. Erdogan was the spotlight star in the Darvos meeting after he withdrew because of an argument with the "Israeli" president Perez, and in supporting the freedom flotilla.

Iran on the other hand, has been supporting the Palestinian cause ever since the establishment of the Islamic Republic, but did not try to win the media battle as did the ruling party in Turkey. On one occasion, one of the coordinators of a Flotilla said in a chat with one journalist that Gaza is a land owned by Turkey since the Ottoman Empire and Turkey has the papers to prove it, and this means that Turkey supports the Gaza Strip for the recovery of private land in Turkey, not in support of the Palestinian people! 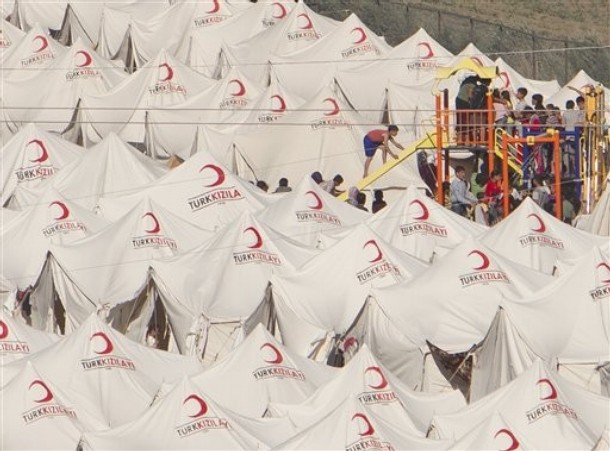 The Turkish Islamic secular regime did not find a place under the roof of the European Union, because Islam frightens Europe, even if it is secular. The United States gave Turkey the chance to have a regional role, after Iran succeeded before by having influence in Iraq and Afghanistan as well as in Syria and Lebanon. For example, the popular reception of Erdogan in a small village in northern Lebanon was very small in contrast to Ahmadinejad's emotional reception and the great hospitality of the Lebanese people.

Now because of Turkey's border with Syria which is a length of 850 km and the impact it had on Syria since 1880 Turkey (both geographically and historically) and after the US and "Israel" realized that Islamic regime in Turkey which scared Europe is not dangerous for the continuation of "Israel"; the U.S. offered Turkey to participate with "Israel" in the formulation of a new Middle East to form the two players in the region. Here Erdogan chose to stand with "Israel" and US for changing the regime in Syria. He gave up his support of the Flotilla in the second trip and announced that it is not interested in it anymore. Moreover, he gave the victory in parliamentary elections in June 2011 as a gift to the uprisings in the region, including Syria.
This Turkish position is only understood as a form of support for the "Islamic Brotherhood Movement" from which the current ruling party in Turkey emerged from, as did the several other parties and movements in the Muslim world.
The Turkish Foreign Minister, Dawood Uglu, gathered the Turkish ambassadors in the Arab countries as well as ambassadors in the countries which control international resolutions, and told them about the new Turkish policy. He showed the design of the new Middle Eastern Map after the decline of the regime in Syria, without taking into account the status of minorities in the New Middle East such as the Kurds and Christians. This came after the Pope's expression of objection to any change in the current regime in Syria because he considers it as a guarantee for the Christians in the East. 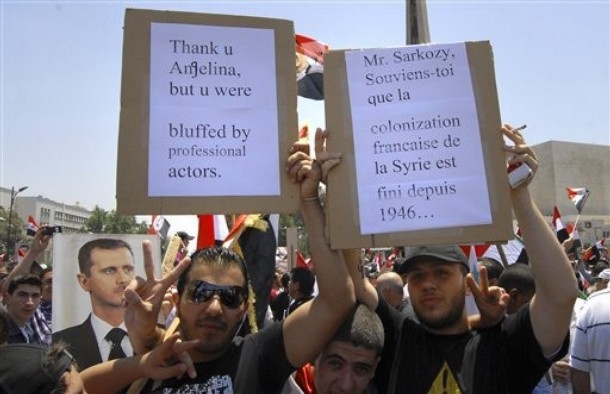 The scene of white tents on the borders between Syria and Turkey reveals the start of preparation for the American project on a New Middle East. Sending the American actress Angelina Jolie to camps on the border stole all the attention of the media, describing her as a symbol of beauty and fame, in this way putting a new framework for an "American Sufism" being adopted by Turkey.