The arms of the Resistance, it has been suggested, should be abandoned as a matter of principle. ‘From now on', explains Caretaker Prime Minister Saad Hariri, ‘the possession of weapons, decision of war and peace, and defending the country should only be under the state's control'. Political principles, it would seem, can be slippery. ‘From now on'? Perhaps this disclaimer is meant to ease the turnabout from the Hariri-Ministerial Cabinet Statement issued just over a year ago:


‘Based on the Cabinet's responsibility to preserve Leba¬non's sovereignty, its independence, unity and the safety of its land, the government underscores Lebanon's right through its people, army and resistance to liberate or regain authority of Shebaa Farms, Kfarshouba hills and the occupied part of Ghajar village and defend the country against any aggression'.
For the sake of argument, however, let us set aside the dictates of political expediency. Let us look at the reality of what this stance entails.


The crux of the grievance being voiced these days is that the Lebanese Army should have exclusive domain over national defence. The grievance asserts that the Islamic Resistance of Hizbullah has usurped this privilege for its own advancement. The puzzling bit of this accusation, however, is that it is being raised not by the Army-but by various politicians.


In contrast to the opinions of the 14th of March personalities, the Lebanese Army has for over twenty-five years maintained an efficient working relationship with the Resistance. The developments in Lebanon over the past six years have left this harmony stronger than ever. Building on the firm, longstanding commitment exhibited by Generals Michel Aoun and Emile Lahoud, the Lebanese Army remains a proud partner of the Resistance. 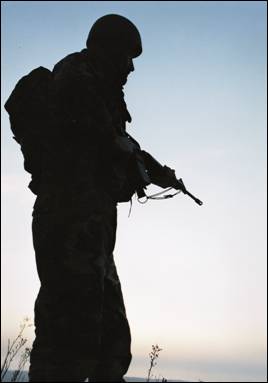 When Lebanese Army General Michel Suleiman took on the role of President in 2008, he carried with him the experience to judge the elements required for an adequate national defence. He stated that the success of the Resistance in defeating the occupier was ‘achieved by virtue of the support granted by the Lebanese people, the State, and the Lebanese Army'. Such success notwithstanding, he continued,


‘the enemy's persistence in threatening to violate our sovereignty imposes upon us to elaborate a defensive strategy that will safeguard the country concomitantly with a calm dialogue to benefit from the capacities of the Resistance in order to better serve this strategy. Accordingly, we will manage to avoid depreciating the achievements of the Resistance in internal conflicts and subsequently we will safeguard its values and national position'.

President Suleiman reiterated his conviction just weeks ago in response to "Israeli" War Minister Ehud Barak's warning that Israeli military may invade Lebanon yet again. Barak ‘knows full well', said Sleiman, ‘ that entering Lebanon is no longer a walk in the park. The war minister's threat to send his forces into Lebanon again shows premeditated intentions of aggression. The Lebanese people, army and resistance are ready to respond to any such aggression.'


President Suleiman's confidence in the existing defence framework is shared by the head of the Lebanese Army, General Jean Kahwagi. Addressing his troops last year, he advised them to ‘cling to the will of steadfastness and confrontation and to benefit from all the Lebanese capabilities residing in the capacities of the Army, the people and the Resistance as well as from the presence of the United Nations Interim Force in Lebanon and its support'.
Whereas the stance currently adopted by the 14th of March campaigners clearly resents the ability of the Resistance, General Kahwagi openly describes all contributions toward the national defence as honourable:


‘Let us look with veneration and respect at the souls of our pious martyrs, whether soldiers, citizens or resistance fighters, who fell while defending their country. . . and drew with their innocent blood the path of dignity and liberation for a country that we can be proud of in front of the whole world since we are its true and loyal protectors'.


As the "Israeli" media grins at the banners being waved in Beirut that read ‘We want only the arms of the Lebanese army', again it becomes imperative to look at the reality of what this stance entails.


The Lebanese Army remains committed to a cooperative national defence, to a formula of the Army, the people and the Resistance. Just days ago, General Qahwaji reiterated:
‘The Lebanese Army abides by this formula since it is part of the decisions and guidance of the political authority represented by the Cabinet and it is totally convinced by this formula since experience has proved its primary role in liberating the greater part of south Lebanon and western Bekaa from "Israeli" enemy occupation in addition to its role in defeating this enemy in the war of July 2006 and in safeguarding Lebanon in these days'.


A system of mutual support has evolved. To disallow the arms of the Resistance would be to arbitrarily disregard the consistent evaluation of the Army's top leaders. This is nonsensical. Such a suggestion would leave Lebanon vulnerable; of this there is no doubt. The only conclusion, then, is that such a suggestion is either gross negligence or wilful acceptance of Lebanon being engulfed. We have to wonder whether the current swirl of rhetoric over who gets to be commander-of-the-day has more to do with protection or politics. If both the acting Army General and the President, a former Army General, embrace the contributions of the Resistance, then the state of Lebanon is already well in control of its defence.